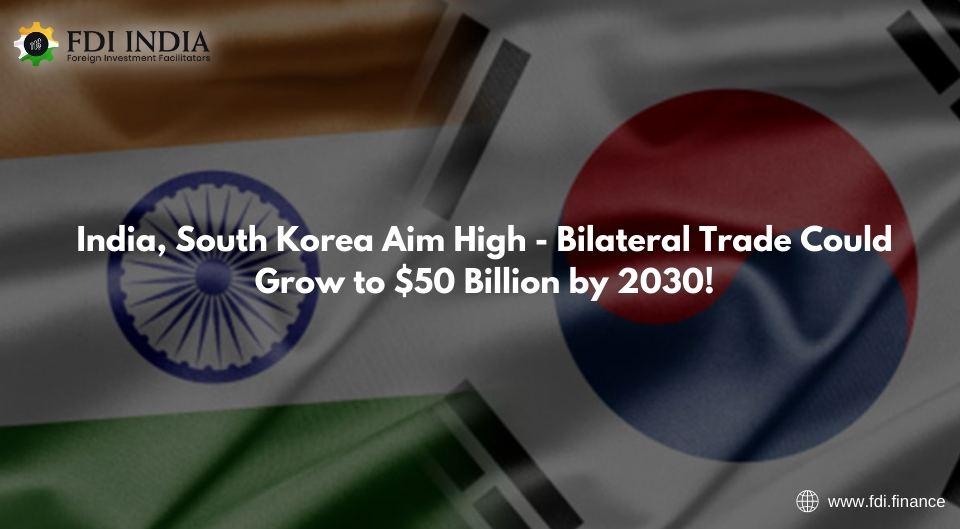 Economic and commercial operations between India and South Korea are anticipated to pick up pace as life returns to normal in India after the devastating second wave of COVID 19.

Despite the trade agreement — Comprehensive Economic Cooperation Agreement (CEPA) — inked in 2010, bilateral trade between India and South Korea reached $21.5 billion in 2018, surpassing the $20 billion mark for the first time.

Chang Jae-bok, South Korea's Ambassador to India, told India Narrative that the goal is to reach $50 billion by 2030. "South Korea and India have a unique relationship, and we will have discussions (to find out) how to expand trade," he said on the sidelines of the 10-day "Korea exhibition in India."

Both nations are likely to concentrate on measures to improve political and security cooperation.

Several Korean businesses are interested in investing in India, according to Change. He said, "We also need Indian businesses to travel to Korea and invest."

In India, there are about 750 Korean businesses. However, when compared to other Asian nations such as Vietnam, which has about 7000, the number is considerably smaller.

South Korean culture, music, cuisine, and even language are gaining traction in India like never before.

"Since last year, Korean language has been included in the school curriculum; we expect that more and more schools will begin to teach Korean," Change, who took over in July, added.

Former South Korean ambassador to India Shin Bongkil stated just before departing India that the Covid-19 epidemic has highlighted India as the next investment target.

While many global businesses are eager to invest in India, Shin also said that the nation has to improve its critical infrastructure and be better prepared in the future to prevent any interruptions caused by a crisis.

To meet the requirements of the Indian market and consumers, the business will expand its current activities. It is planned to establish a manufacturing facility in the state later. Samsung Electronics, Hyundai Motor Company, LG Electronics, and Doosan Heavy Industries are just a few of the South Korean companies that have already established themselves in India.