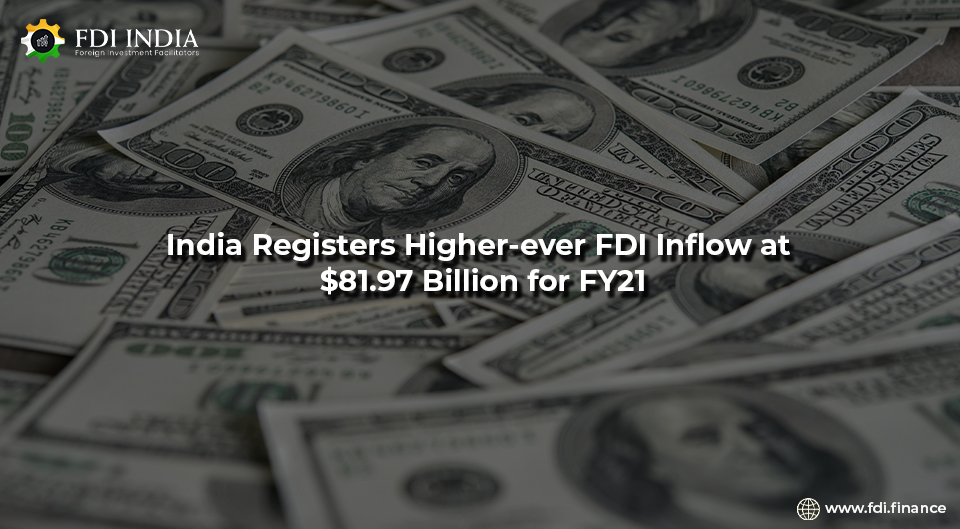 According to the provisional data released by the Ministry of Commerce and Industry, India witnessed the highest ever foreign direct inflow (FDI) inflow of $81.97 billion for the financial year 2020-21.

The data mentioned that the computer software and hardware sector attracted the majority of foreign investments at 19 percent, while the service sector came at second place with 15 percent.

These were followed by sectors like trading, telecommunications and construction, drawing large amounts of foreign capital.

The government has taken significant steps to boost foreign investment in the country. A few of them include reforms in FDI policy, improving Ease of Doing Business, reduction in corporate tax rates, resolution of liquidity problems of banks and NBFCs, initiatives to raise domestic manufacturing using public procurement order, etc.

Some of the noteworthy schemes and measures include the India Industrial Land Bank (IILB), soft launch of the National Single Window System, National Monetization Pipeline (NMP), National Infrastructure Pipeline (NIP), and others.

As per a statement by the Commerce and Industry Ministry, production under the scheme is estimated to reach $504 billion over the next five years. This will also result in the creation of 1 crore jobs over the same period.