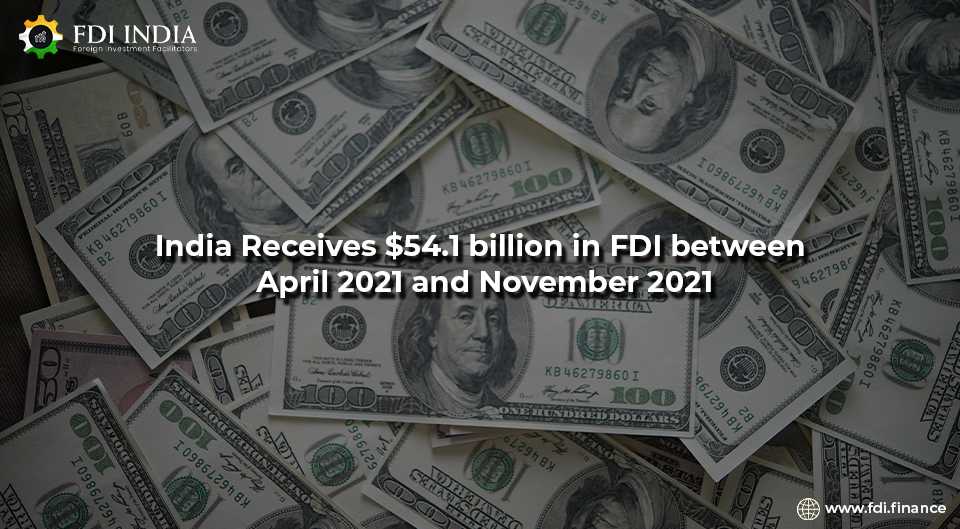 Minister of State for Commerce and Industry Som Prakash announced in the Parliament that the total foreign direct investment (FDI) inflows during April and November 2021 reached $54.1 billion.

The minister mentioned that this was possible because of liberal and transparent FDI policy laid out by the government which has allowed foreign investments under the automatic route for most of the sectors.

In a written reply to the Lok Sabha, Prakash said that reforms have been taken to liberalize and simplify the FDI policy even further to ensure more foreign investments and ease of doing business.

The FDI inflow for the corresponding period in the previous fiscal was $43.85 billion.

Over the last seven financial years, India has attracted an FDI inflow of $440.27 billion, which is almost 58 percent of the total foreign direct investment that the country saw over the last 21 years that amounted to $763.83 billion.