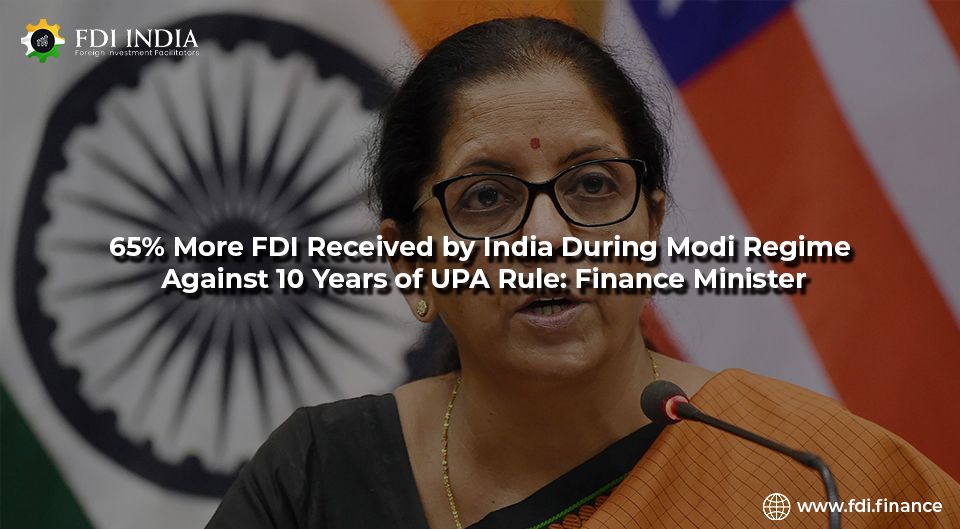 NEW DELHI: Foreign Direct Investment (FDI) into the country during the Modi government was $500.5 billion, which is 65 percent more than the amount received in the 10 years of UPA government, said the union finance minister Nirmala Sitharaman, on Tuesday. She added that the investors have trusted the economic management of the current Bhartiya Janata Party (BJP)-led government.

Replying to the discussion on the Finance Bill, 2022, and Appropriation Bill, 2022, the minister said India continues to remain among the top five foreign direct investment recipient countries in the world, as per a United Nations Conference on Trade and Development (UNCTAD) report.

Nirmala Sitharaman said that despite the pandemic situation, the government didn’t resort to taxes for resource mobilization and no tax was increased to fund the economic recovery. On the other hand, according to an OECD report, about 32 countries had resorted to an increase in their tax rates to fund their economic recoveries.

Sitharaman also put the light on the war between Russia and Ukraine. She said that, the war is affecting all the countries like the pandemic had.

The finance minister also said that Rs. 8.35 lakh crore has been consigned to states from central taxes in the current fiscal, higher than the revised estimate of Rs. 7.45 lakh crore for 2021-2022.