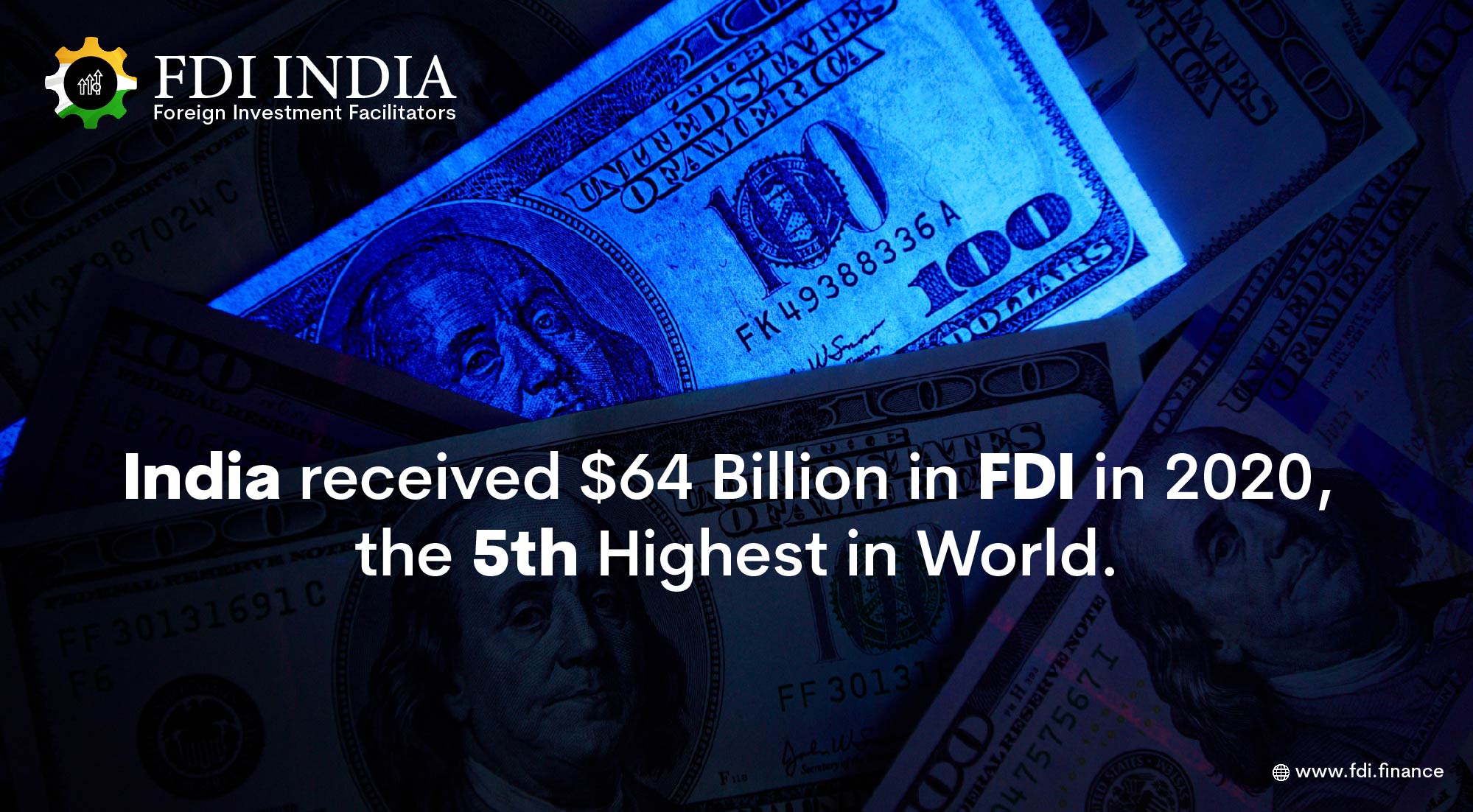 According to a UN report, India got $64 billion in foreign direct investment in 2020, making it the world's fifth-highest recipient of inflows. The country's overall economic activity are being weighed down by the COVID-19 second wave, but the country's strong fundamentals provide "optimism" for the medium term.

Global FDI flows were severely harmed by the pandemic, according to the UN Conference on Trade and Development's (UNCTAD) World Investment Report 2021, which indicated the fell by 35% in 2020 to $1 trillion from $1.5 trillion the previous year.

Lockdown resulted in covid-19 slowed down all the ongoing process and led to the recession of multinational enterprises. According to the research, FDI into India surged by 27% to $64 billion in 2020 from $51 billion in 2019, owing to acquisitions in the information and communication technology (ICT) sector, making India the world's fifth-largest FDI receiver.

Due to the uncertainties produced by the second wave, the UN agency had a mixed view for India, which was the seventh-largest FDI destination in 2019. Export-related manufacturing, a priority investment sector for the country, will take longer to recover, but government assistance can help. India's Production Linkage Incentive plan, which aims to encourage manufacturing and export-oriented investments in critical industries such as automotive and electronics, can boost manufacturing investment.

According to the research, FDI into South Asia increased by 20% to $71 billion, owing to significant M&A activity in India. FDI got strengthened by solid investment through acquisitions in ICT (software and hardware) and construction. It said that cross-border mergers and acquisitions surged by 83 percent to $27 billion, with notable agreements including ICT, health, infrastructure, and other sectors.