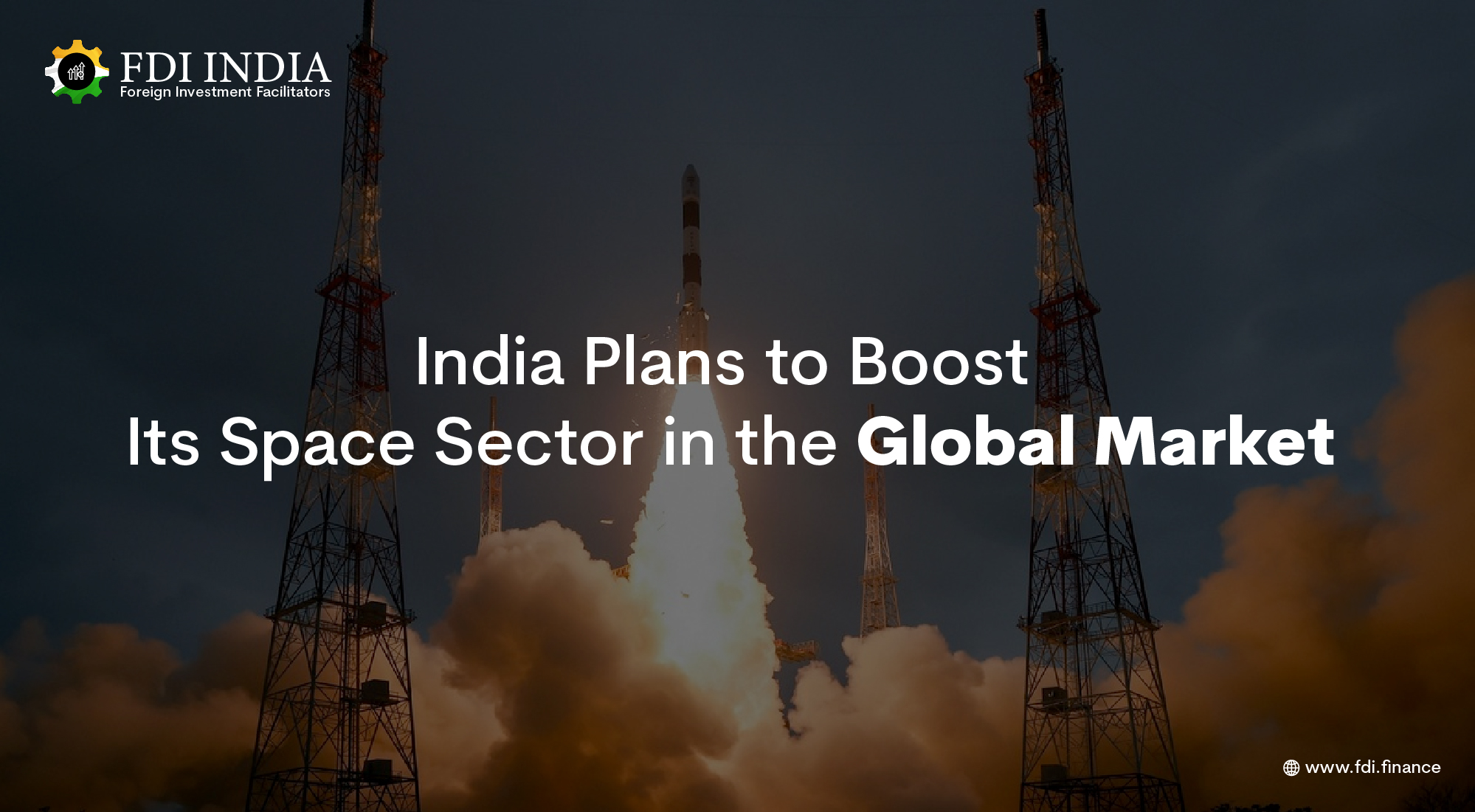 India Plans to Boost Its Space Sector in the Global Market

India Plans to Boost Its Space Sector in the Global Market

With a new foreign direct investment (FDI) policy, India will soon enable international firms to engage in the space industry, marking the next step in opening up the sector to private actors both inside India and abroad, according to the chairman of the Indian Space Research Organisation (Isro).

Simultaneously, India will set goals to increase its share of the global space economy from less than 2% to 10%, according to Dr Pawan Goenka, the newly appointed chairperson designate of the Indian National Space Promotion and Authorisation Centre (INSPACe), the body in charge of promoting and regulating space activity in the country.

“The space foreign direct investment policy is being updated, which would provide significant possibilities for space businesses to invest in India. It would guarantee long-term interaction between Indian and foreign businesses, which will benefit both parties. With this strategy, India's space industry would be accessible to both domestic and international investment. ISRO, on the other hand, will focus on space scientific missions as well as research and development. It will strive to overcome obstacles and close technical gaps in a fast and responsive way, according to Dr. Sivan, who spoke at a conference.

The Union government opened the space industry to commercial actors last year, as stated by Union minister Prakash Javadekar in June 2020, resulting in an increase in space start-ups. Several start-ups were working on space projects, but owing to a lack of framework in India, they had to collaborate with other nations. An temporary INSPACe, led by Isro's scientific secretary Dr. Umamaheshwaran, is now reviewing over 40 industrial proposals for different space missions and space-based applications.

INSPACe's regulatory procedures, via which it will be able to take action against erring space players, are also being reviewed. “INSPACe will include a regulatory system as well... Before being presented in parliament, it is already undergoing departmental assessments and inter-ministerial consultations,” Dr Umamaheshwaran said at the conference. The government has drafted a space activities law for 2017, which establishes a regulatory framework, although it has yet to be presented.

Furthermore, the Department of Space is finalising new regulations on satellite-based communication and remote sensing to assist the industry's penetration into the space applications sector. Other regulations aimed at assisting the private sector, such as satellite-based navigation technology, are also being revised.

Over the next several days, Dr. Pawan Goenka, a former director at Mahindra & Mahindra and the chairman designate of INSPACe, said he would meet with Isro scientists and industry experts. Despite being one of the most space-faring countries, India, he claims, does badly in the space economy. “Despite the fact that India is a major space fairing nation, the space industry is worth $440 billion worldwide, and India has less than 2% of the market. I'd want to see India gain a specific percentage of the global market; based on my little understanding, I'd estimate 10%. After learning more, I'd set a deadline,” Goenka remarked.

He went on to say that space sector companies in India spend just $21 to $22 million, or less than 0.5 percent of what global startups invest, and that his first objective as chairman would be to clarify regulatory rules.

“There have been long-term capacity problems with human resources, facilities, and, most importantly, money. ISRO's budget hasn't grown much in recent years, which is a major driver of foreign investment. This move may put Indian players in competition, but it is more likely to result in alliances. Newer, smaller space start-ups are constantly on the lookout for fresh sources of financing, and young people are investing in them. “This move may assist bring in the funds and create solid relationships with start-ups that already have the technological know-how,” said Dr Rajeswari Rajagopalan, head of the Observer Research Foundation's centre for security, strategy, and technology.

She believes that raising India's global market share to 10% is a tall order, and that the nation would need to improve manufacturing as well as develop new services to achieve this. “In order to grab a significant portion of the market, we will need to improve everything from production to infrastructure to launch. During the epidemic, launch rates plummeted, and ISRO was particularly hard hit. Dr. Rajagopalan, on the other hand, sees it as a positive indication.