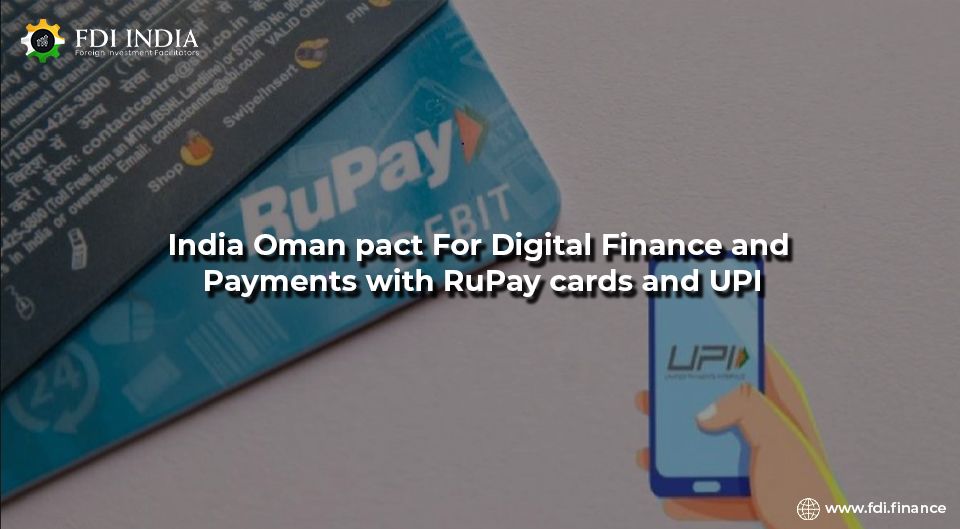 In a landmark agreement to strengthen strategic ties in between the National Payment Corporation Of India and the Central Bank of Oman, the extension of RuPay cards and the UPI platform in Oman and collaboration for seamless digital remittances would be committed with the aim of furthering the interest of Indian professionals and workers in Oman.

The agreement would be brought to life on Monday-Tuesday during V Muraleedharan Muscat Visit. This would be his second visit To Oman first one was conducted during December 2020 in the middle of the Covid 19 Pandemic.

The Minister of State of External Affairs would meet with the foreign minister of Oman to inspect the overall state of the bilateral trade interactions. Other high-level meetings would also be concluded during the session. The event's main highlight would be the unveiling of Mahatma Gandhi's statue in the premises of the Embassy of India in Muscat. The bronze statue of Gandhi Ji is said to be the first ever in Oman. Its importance as a memorial to the values of Gandhi Ji's ideals and principles would be profound. The principles and idols of Gandhi Ji shall remain alive along the trade relations between India and Oman.

Oman has been one of the oldest strategic partners of India in the Gulf region; ties with Oman have in the past resulted in groundbreaking developments in strategic defense. In addition, Oman has been an integral partner that has supported Indian Naval developments in the Western Indian Ocean and the Persian Gulf.

Oman has also been an investment interest for India, with total investments of over $7.5 billion. Bilateral trade is also on the rise, with total trade in Fy 201- 22 touching nearly $10 billion.

Oman has been in a pursuit to position itself as a global mecca for Green Hydrogen, and this pursuit has emerged as a potential new collaboration area between the nations. According to a media report, over 650,000 Indians reside in Oman and are well presented in all sectors of the Omani Economy. Recently Pankaj Khimji, an Omani of Indian religion, was appointed the Advisor in the Omani ministry of commerce industry and investment promotion with the rank of vice minister. This is the first appointment of an Indian Origin ex-pat in a Senior Government Position in the Gulf region.

India's total trade with Oman in 2020-2021 was about 5,442.22 million $'s, while in 2021 and 2022, the trade rose up to 9,988.98 Million $’s. With rising trade and strategic relations which help the nation increase its robust presence in the Persian Gulf and the western Indian Ocean, its vital that such agreements reach the intended surmise.

These strategic ties would complement the development of Oman and India, which has long been searching for dependable and accountable partners in the Persian Gulf.