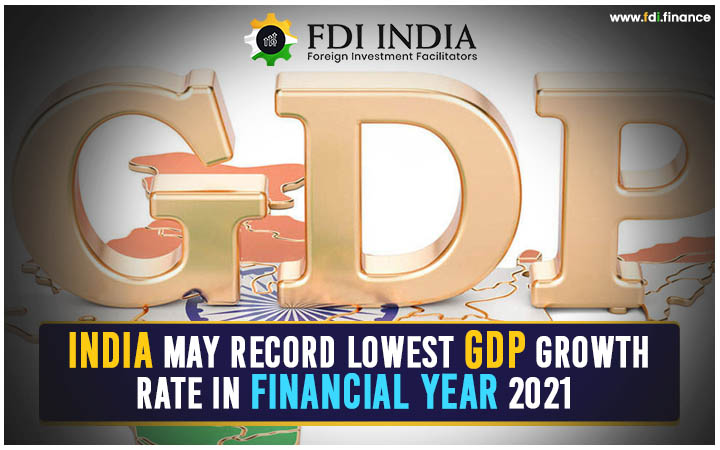 In the financial year 2021, India is likely to record a negative GDP (Gross Domestic Product) growth rate— the lowest in nearly four decades, as per an estimate by UBS.

According to the estimates, the deadly COVID-19 shock-related mobility restrictions will result in a plummeted growth rate for fiscal year 2021. The forecast on India’s growth points to the looming global recession and domestic economic activity being much weaker than expected due to the nationwide lockdown which is scheduled to end on May 3.

On April 14, Prime Minister Narendra Modi extended the initial 21-day lockdown by over a fortnight till May 3 in a bid to contain the spread of the novel coronavirus.

"We now expect India's real GDP to contract to -0.4 per cent in FY21 (previously +2.5 per cent), compared with 4.1 per cent year on year (previously 4.5 per cent) estimated in FY20. In our base case, we expect current mobility restrictions remain in place until mid-May and then get lifted, and activity is largely back to normal by end-June," UBS said.

In a grim, alternative scenario where we fail to contain the highly infectious virus, UBS estimates that disruptions could last longer and the economic weaknesses in the short term could intensify and the significant secondary impacts (job losses, reduced income levels, corporate defaults, rising NPLs, rating downgrade, etc.) could delay a potential recovery. "There is a risk India's real GDP could contract by a much larger magnitude of 3-4 per cent YoY," it said.

"We assume India's long-term growth could slow to 5 per cent year on year under alternate risk scenarios, compared with 6-6.5 per cent in our base case. The structural drag to growth could be amplified if Covid-19-related disruptions last longer and increase balance sheet concerns facing economic agents (corporates, financial sector, govt & households)," the report said.

For example, short-term challenges (corporate sector bottom lines are hit and households face lower income levels) may deepen amid the COVID-19 pandemic. "To create a virtuous cycle of higher potential growth, reform momentum would need to pick up. We believe there is a golden opportunity for India to gain market share in the global export basket as Covid-19 increases relocation intentions," UBS said citing the opportunity.

UBS has raised the question if a higher fiscal stimulus will risk a rating downgrade. "While India has only announced modest fiscal support so far (less than 1 per cent of GDP), we expect the government Covid-19 stimulus to be scaled up to 3 per cent of GDP in FY21," it estimates.

"We think the fiscal slippage could be higher than that seen during the credit crisis at close to 5 per cent of GDP. While we do not see an imminent sovereign rating downgrade, an outlook downgrade (stable to negative) cannot be ruled out. The temporary nature of fiscal stimulus and quick rebound in nominal GDP next year will make it relatively easier to return the deficits to more normal levels, after this crisis is over, in our view," UBS said.