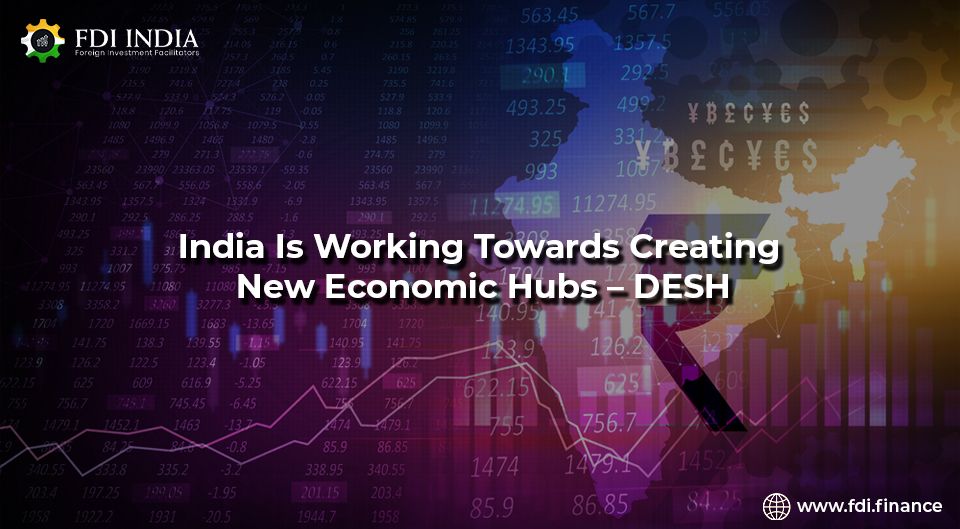 India is putting together plans to widen the scope of its previously export-only special economic zones or SEZs. They hope this will lead them to become a world leader in attracting foreign direct investments (FDIs) from across the globe.

A draft proposal from consulting experts has been approved to create new economic zones that are called Development of Enterprise and Service Hubs (DESH). These DESH hubs would allow industry-based inside them the opportunity to sell domestically and contract manufacture goods for people outside these specific areas. It is believed that this package - including financial incentives and ease-of-doing-business measures - will convert Special Economic Zones into Comprehensive Economic Zones.

Hubs may be created by the Centre, a state, or both separately or together, or by any individual for the production of commodities, the provision of services, or both. To make taxes on products and services delivered to the domestic tariff area equal to those on goods and services provided by units outside the zones, an equalization charge may be placed on them. Units in SEZs are now export-focused and are subject to limitations on sales to the domestic market.

After the discussion amongst stakeholders, it is likely that appropriate legislation will be submitted during the upcoming Monsoon Session of Parliament. According to a statement from Finance Minister Nirmala Sitharaman on the proposed Budget for this year, SEZs will be replaced by new legislation allowing states to come together for construction purposes.

States wishing to establish these SEZs and attract FDI will be able to do so through the creation of boards that oversee these zones. It is also suggested to make changes such as loosening requirements for foreign exchange payments for supplies purchased from domestic tariff areas and allowing subcontracting for both products and services for DTA units.

Various recommendations of the same came from the expert report of the committee led by Baba Kalyani, chairman of Bharat Forge in 2019. The report also suggested transforming these SEZs into employment and economic enclaves (3Es).