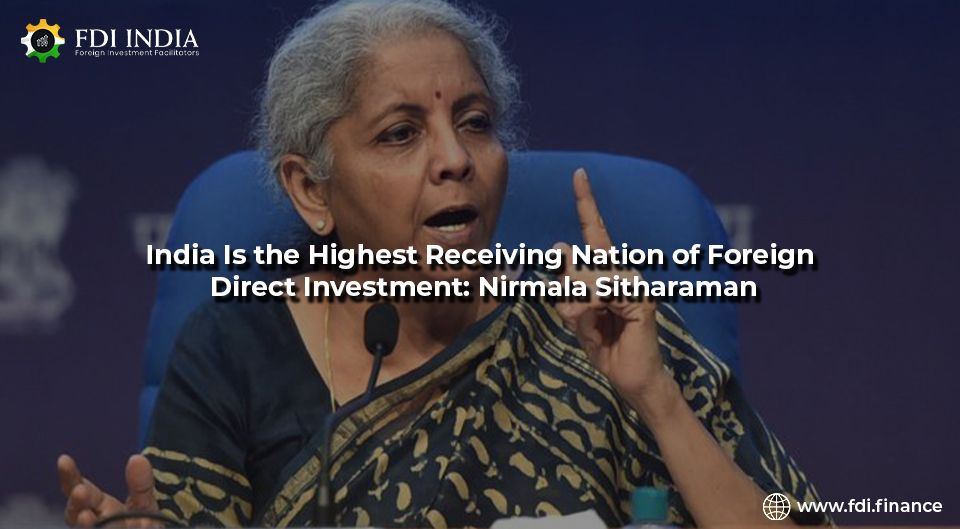 The Parliament was informed on Monday that India remains the highest receiver of Foreign Direct Investment (FDI). However, Nirmala Sitharaman, India's Finance Minister, said that Indian retail investors had created the capacity to absorb the shock due to the outflow of foreign funds from the country's stock market.

Foreign investors were selling stock or continuously pulling their money out of the market. Most foreign investors sell short-term funds regularly; this is what they usually do, so it's nothing unusual. So it's not uncommon for foreigners to be marketing during any given month. However, they weren't doing as much buying in general compared to January or February. In March, there was an increase in selloffs compared to the number of buy ups by around ?41,000 crore, which is approximately USD 6 billion. This was six times more than the Rs.7,800 crore that the investors had withdrawn in February 2018, translating to about USD 1 billion. They expected the Federal Reserve (the bank responsible for deciding interest rates in America) would raise its interest rate because of higher inflation.

However, Indian defense minister Nirmala Sitharaman told Lok Sabha today that foreign investments depend primarily on the "interest rate" and therefore fluctuate pretty frequently. She said: "The investors from other countries will come and go." The Indian retail investors, however, have proven not to be as flighty as foreigners when it comes to investing in stocks.

We in the House should stand up and appreciate the Indian retailer who has invested a lot of confidence in the markets today in India," she added.

There has been a steady decline in the foreign investor fund flow, pulling out Rs.1.14 lakh crore from the market till September 2017. Investing endlessly into such markets is problematic for host countries if investors choose to withdraw from their investments to cover resultant asset depletion, affecting Indian market stability. With debt continuing to rise across developed economies and economic growth slowing down, India must protect its economy before the trend snowballs into something much more significant.

Recently, Sitharaman said that during the seven-and-a-half-year rule of the Narendra Modi government, FDI inflow into India was 65% higher than during the ten-year tenure of the United Progressive Alliance government.

India's Data Protection Bill Could Be a Trade Barrier – US