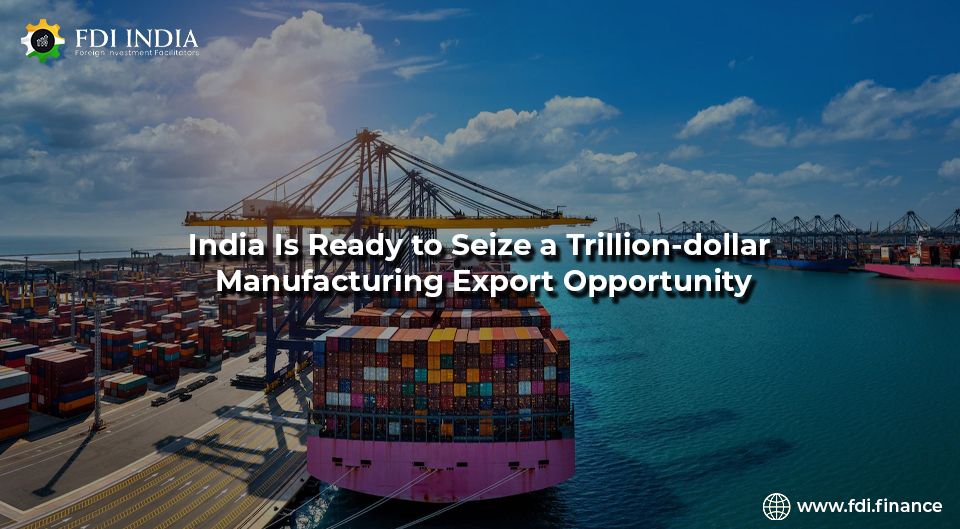 India may become a trillion-dollar manufacturing powerhouse by FY28 due to some very favorable tailwinds. And given the Covid-induced push to speed up necessary changes that are underway now, India may be able to take a greater part in exporting goods around the world too.

According to a report by Bain & Company titled ‘The Trillion Dollar Manufacturing Exports Opportunity for India’ the country is expected to hit $1 trillion in manufacturing exports by the fiscal year 2027-28. Six megatrends which are supply chain diversification, sectoral advantages, government initiatives, capex-led growth, mergers and acquisitions, and private equity (PE)/ Venture Capital (VC) led investments were given a boost during the pandemic are reportedly propelling India’s journey forward.

The geopolitical situation of the last two years led to India stepping up to replace China as the manufacturing hub of the world. For example, events surrounding the pandemic and Ukraine’s war had citizens suspicious about anything coming out of China, and subsequent safety regulations brought economic activity in China to a halt with little flexibility for companies operating from there. Since then, India has been working to assert itself as a much more reliable source of factory space across most sectors.

Time and time again, China has shown its willingness to try out new ways of doing things - each one more disruptive than the last. Just look at their trade wars with the United States, their unprecedented expansionist ambitions, or the "American hegemony" they called into question. The Chinese government's support of both forced labor camps like its use of internment camps — also known as re-education camps — brings another element of uncertainty into this mix and only adds to the numerous reasons why western companies may soon start distributing a portion of their investments towards India instead.

Post lockdown, countries started diversifying their China-centered supply chains after complications and blockades caused shortages during the economic recovery. This is seen in Japan which shifted its sources away from China to India, thereby bypassing China. American companies favored India as one of the top four destinations for relocation of operations due to its smaller carbon footprint. With China's 6% increase in emissions this year alone, many American firms are looking elsewhere for an alternative country - namely India.

The same report further stated that the government initiatives like product-linked incentive schemes are one of the major sources of attraction towards the sectors like technology, pharma, automotive, advanced chemistry cell (ACC) battery, solar, and white goods (home appliances).

This report also notes that foreign direct investment policy initiatives aimed at decreasing the FDI restrictive index have augmented capital inflow. Beyond this, important free trade agreements (FTAs) such as those with the United Arab Emirates and Australia will increase both bilateral trade and exports.