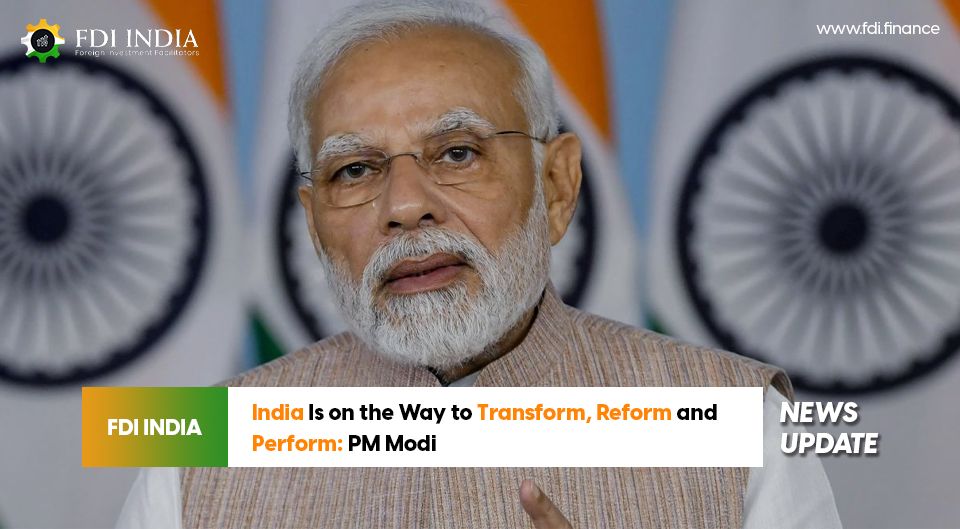 Having invited global investors to India, PM Modi on Wednesday, said that the nation was on the way of reform, transform and perform.

During the addressing, Modi outlined a lot of factors which ranked india among the top investment destinations. He also noted that India’s growth story is attracting optimistic interest among multilateral organizations across the world.

He said “The IMF sees India as a bright spot ion the global economy. The World bank says that India is in a better position to deal with global headwinds than many other countries. This is because of India’s strong macroeconomic fundamentals. OECD has said that India will be among the fastest growing economies in the G-20 group this year. According to Morgan Stanley, India is moving towards becoming the world’s third largest economy in the next 4-5 years. The CEO of Mckinsey has said that this is not only India’s decade but India’s century. Institutions and credible voices that track the global economy have unprecedented confidence in India”.

Outlining reform measures of the Centre, he said that the government has removed several hurdles in the path of investment with various reforms related to capitalization and governance in the banking sector, creating a modern resolution framework like Insolvency and Bankruptcy code, implementation of goods and service tax, making corporate tax globally competitive, exempting sovereign wealth funds and pension funds from taxes, allowing 100% FDI through the automatic route in various sectors and decriminalizing minor economic offense. “This is an opportunity not only for India, but it also has to meet a global demand. Incentives worth thousands of rupees, have been arranged under this campaign. You must also explore your role in this ambitious mission,” he said.

Piyush Goyal Requests US to Put Some Faith in India’s Potential to Be a Trusted Partner and a Hub of Opportunities.