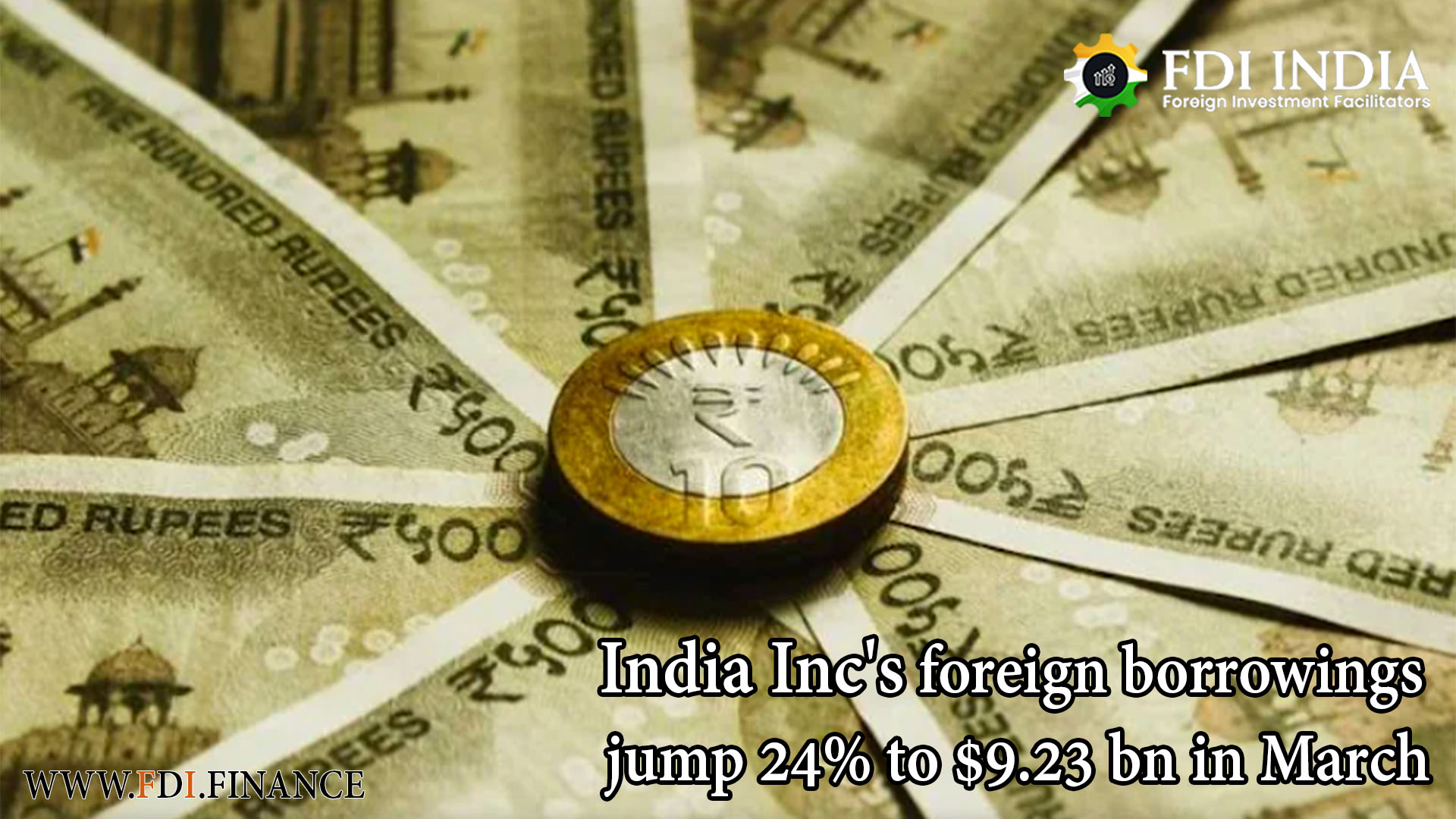 According to RBI numbers, India Inc's external commercial borrowings increased by more than 24% to $9.23 billion in March this year.

In the same time a year earlier, Indian companies earned $7.44 billion from the international sector.

The acceptance route of foreign commercial borrowings (ECB) brought in $5.35 billion of the overall borrowings in March 2021, whilst the automated route of collecting funds from foreign markets brought in $3.88 billion.

The rupee denominated bonds (RDB) and masala bonds were not used to collect funds, as they were the previous year.

ONGC Videsh Rovuma, and REC Ltd were the three companies that collected money in the clearance path segment in March, bringing the total amount raised to $1.93 billion.

According to RBI numbers, Gujarat Alkalies and Chemicals borrowed $70 million for rupee investment and Oil India Ltd collected $50 million for a foreign acquisition.