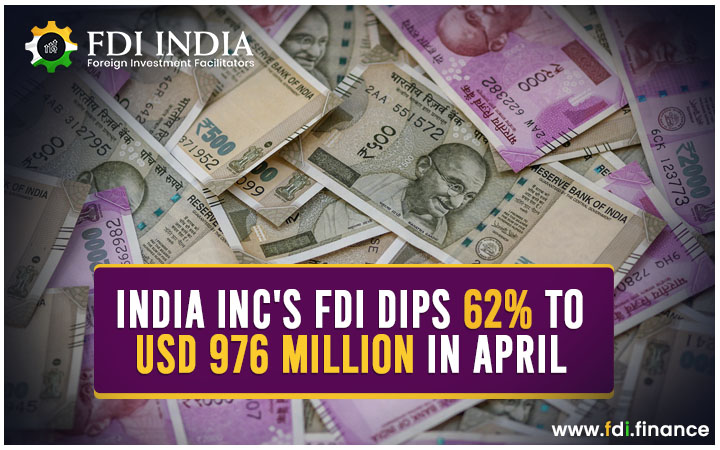 As per data released by the Reserve Bank of India (RBI), the country’s overseas direct investment (ODI) in the month of April dropped 62 per cent to USD 976.14 million. This dip in ODI has mainly resulted from the deadly COVID-19 pandemic that has gripped the world.

The resulting lockdown from the pandemic has halted most business activities, brining the global economy into a standstill.

Firms in India has invested close to USD 2.56 billion in their joint ventures/wholly-owned subsidiaries during April 2019, as per data from the RBI on Outward Foreign Direct Investment. Domestic firms had invested USD 2.70 billion in overseas businesses in March 2020.

According to the Reserve Bank of India, this data is provisional and is subject to change based on reporting by banks.

The deadly coronavirus, which first originated in the Chinese city of Wuhan last December, has infected more than 5 million people world-wide. Many countries have been forced to order complete or partial lockdowns in a bid to contain its spread and this has resulted in the global economy taking a hard hit.

Even as mitigation plans are underway, the number of cases continue to rise dramatically.

In view of the paralysing pandemic, the government of India has also taken steps to safeguard Indian companies by introducing reforms in the foreign direct investment (FDI) policies. Recently, the government passed an amendment to protect Indian assets from “opportunistic” Chinese takeover that now mandates government approval for investments from countries that share a border with India.