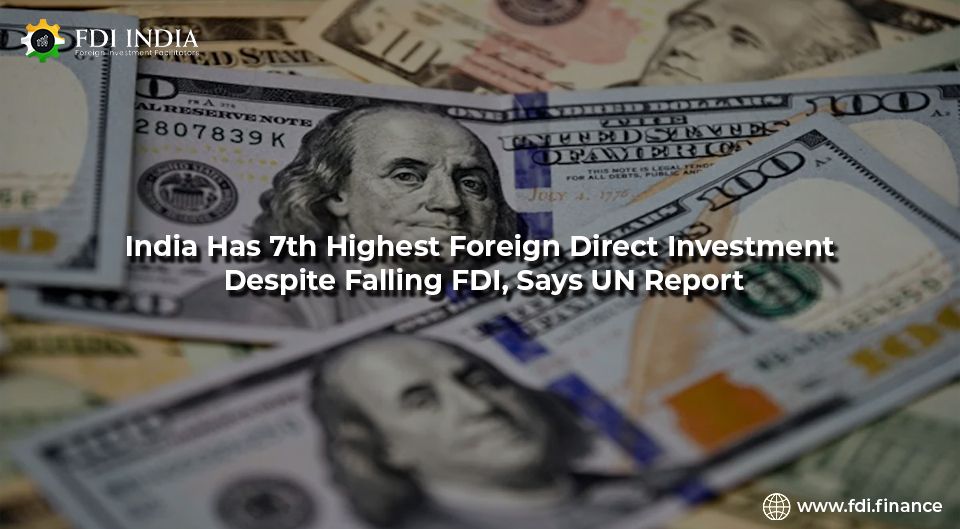 Despite 30 percent decline in Foreign Direct Investment (FDI) into India significantly from $6,400 million to $4,500 million between 2020 and 2021, India ranked among the top 10 countries of the world in the United Nations Conference on Trade and Development's (UNCTAD) yearly World Investment Report securing the 7th spot after the US, China, Hong Kong, Singapore, Canada, and Brazil, once again attracting the investors that are willing to bet on the developing nations immensely.

Currently, India secures 7% of all FDI deals due to the emerging passion of startups around the nation. Investments into emerging Indian markets continue to be relatively high as large mergers and acquisitions, especially in the digital technology space, have been a significant trend during the previous year, following a massive influx of funding into Reliance Jio from Facebook and Alphabet.

A flurry of new international projects was announced in 2021. The most significant number of projects was in renewables (as it seems the 2020s will turn out to be the decade of green solutions and technologies as the population's understanding grows). Significant projects include the $13.5 billion steel and cement plant that ArcelorMittal Nippon Steel will be building. Suzuki Motor will also construct a $2.4 billion car manufacturing facility.

The report also stated, "UNCTAD foresees that the growth momentum cannot be sustained and that global FDI flows in 2022 will likely move on a downward trajectory, at best, remaining flat. However, even if flows remain relatively stable in value terms, new project activity is likely to suffer more from investor uncertainty."

Therefore, this year too FDI will be affected by multiple factors, including the security and humanitarian crisis caused by the Russia-Ukraine war, economic shocks in the wake of the war, and a surge in energy and food prices equating to more uncertainty among investors.

According to the report, Russia's conflict with Ukraine will have far-reaching implications for international investment in economic development and sustainable development goals in many countries. This situation has arisen at a time of resurgent confidence in development prospects following a decade of economic stagnation associated with the Corona epidemic.