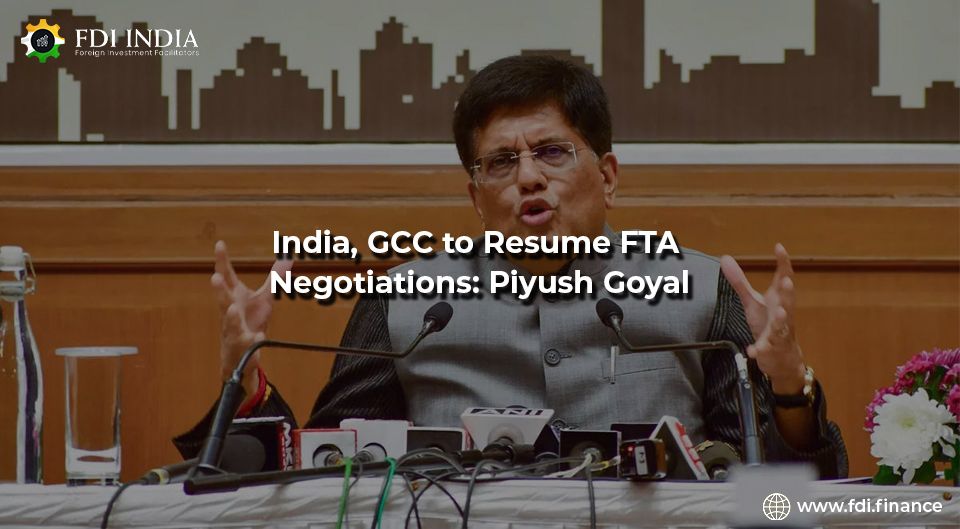 Negotiations between the Gulf Cooperation Council and India upon the subject of a free trade agreement have been initiated again. It was in 2006 and 2008 that both sides negotiated for a trade pact but halted the discussion due to certain standstill issues.

"We have agreed to pursue the free trade agreement between GCC and India and resume the negotiations and conclude the same at the earliest," Goyal told reporters here at a joint press conference with GCC secretary-general Nayef Falah M Al-Hajraf.

Minister of commerce and industry further said that teams from both the sides would decide upon the next round of talks; GCC is a union of six countries –Saudi Arabia, the UAE, Qatar, Kuwait, Oman and Bahrain- in the gulf region the council represents one of the largest trading blocs for India.

The discussions regarding the FTA are set to be in tune for the future prospects of India to engage with four key economies, the UK, the European Union, Canada and Gulf cooperation council (GCC). Though Timelines for the further negotiations are yet to be finalised for all of these negotiations. It is expected that the FTA with Australia will be operational in early 2023, followed by negotiations and the conclusion of an FTA with the UK.

India has already finalised two deals this year –The India-UAE FTA trade signed on February 18 was brought into an official implementation on MAY 1. And the India Australia Economic Cooperation and Trade Agreement (ECTA) that was inked on April 2 and ratified later by the Australia's parliament on Tuesday. Further on, India has profound plans to work on more FTAs to ensure that the domestic market's horizons increase. Foreign countries' interest in finalising trade pacts with India is, as of now, also motivated by the growing recognition of India as a global player.