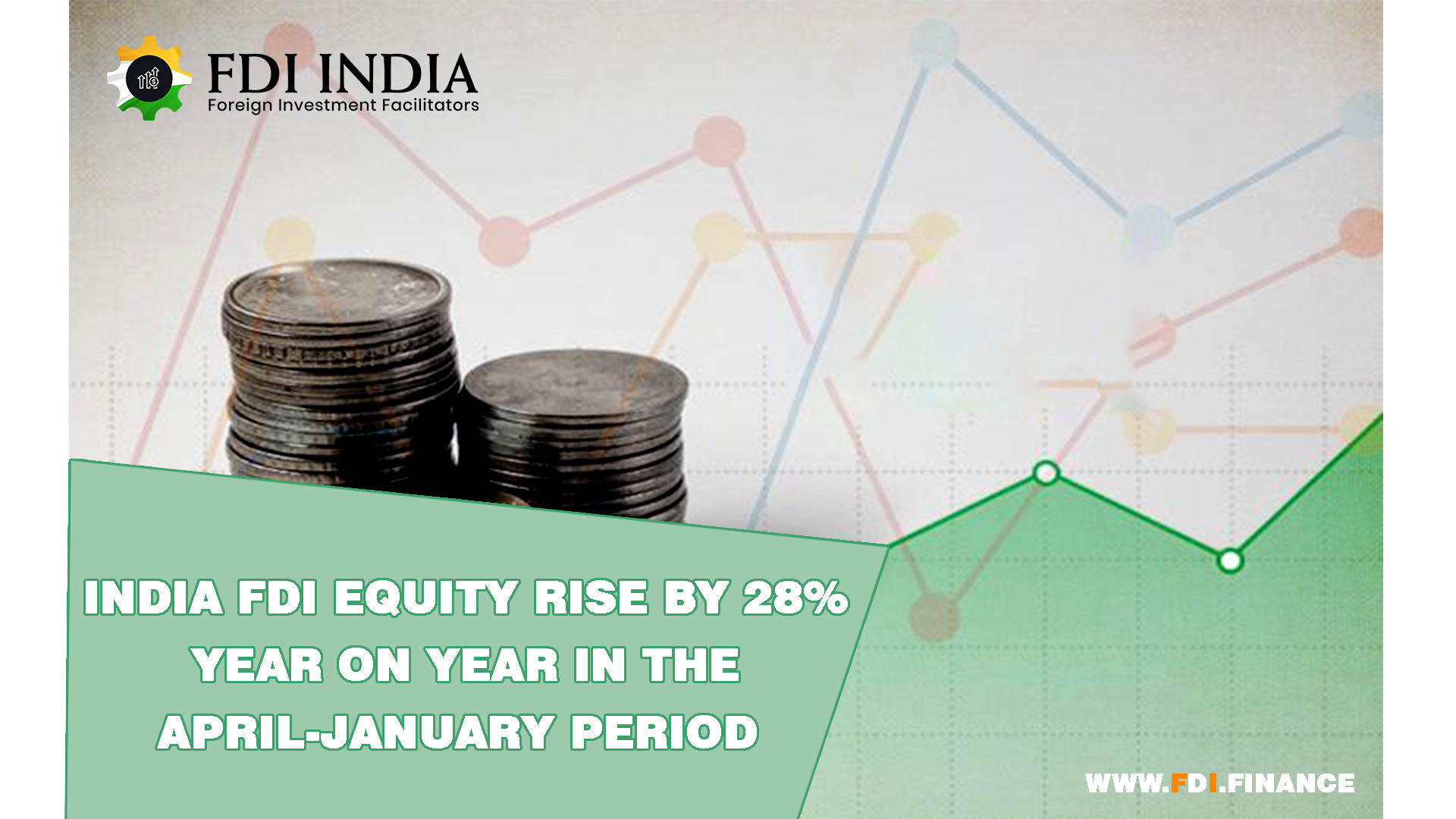 India captivated a total FDI inflow of $ 72.12 billion during April-January (2020-21), the highest ever in the first ten months of the financial year, according to the data published by the Department for Promotion of Industry and Internal Trade revealed. The value is 15% higher than the first ten months of the financial year 2019-20 at $62.72 billion. The total FDI also comprises the reinvested earnings. The government took steps on the FDI policy reforms, investment facilitation, and ease of doing business, resulting in enhanced FDI inflow. India’s FDI equity inflow raised by 40% YoY at $51.47 billion compared to $36.77 billion during the same period. As per the data, Singapore is the primary source of FDI in India, with a share of 30.28 percent of the entire FDI inflow, followed by the US with 24.38 percent and UAE at 7.31 percent April-January. DPIIT anticipated sharing a detailed quarterly report, spelling out domains, country, state, and year-wise data next month.

However, in January, Japan was the only investor nation to invest in India with 29.09 percent total inbound FDI, followed by Singapore at 25.46 percent. Computer and Hardware appeared as the top sector during April-January with 45.81 percent of total FDI equity inflow followed by construction or infrastructure at 13.37 percent and services domain at 7.80 percent. However, in January, the Consultancy domain was the top sector with 21.80% with total FDI inflow, followed by Computer software and Hardware at 15.96% and the service sector at 13.64%. These trends in India’s FDI are acceptance of its status as a preferred investment destination globally. As per the UNCTAD report, FDI in India raised by 13% in 2020, led by investment in the digital domain.