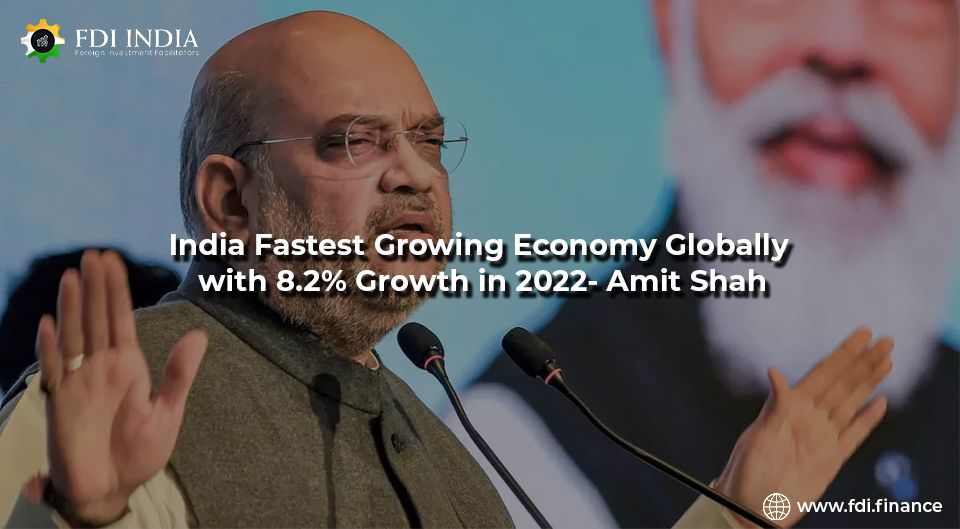 Union Home Minister Amit Shah said in his address to the National Conclave on Mines and Minerals on the 12th of July, that India is the world’s fastest-growing economy.

Addressing the event in Delhi, Mr. Shah explained that due to its strong economic growth, India has shown an 8.2% growth rate for 2022 - which is more than some of the world's most economically advanced nations on earth. If we look at this figure in isolation, India only grew by 8 percent - which isn't much. But when you compare current growth to some other countries, it's quite impressive. USA's growth has been 3.7%; Germany's growth has been 2.1%; China's is 4.4% and Brazil has grown by 0.8%.

When discussing the impact of inflation, Shah said, "We've done well compared to most other countries."

The Home Minister also informed the general public that foreign direct investment has increased in the country and informed that India is now ranked 63rd in the ease of doing business index, which is a massive improvement from 142nd. The amazing boom of the start-up culture has led to the birth of over a hundred unicorn start-ups in India, and if we consider all these factors, slowly but surely the whole world is understanding that massive reforms are taking place here and India is growing!

According to India's Commerce and Industry Minister Piyush Goyal, the Government of India predicts that the country's economy will grow to $30 trillion over the course of 30 years.

According to Goyal, if India is able to sustain an annual compounded growth rate of 8%, its economy will take just 9 years to reach a total worth of $6.5 trillion. Similar predictions suggest that in just 18 years, the Indian economy can skyrocket to a staggering $13 trillion! If these astronomical predictions hold true, one can assume with great confidence that the value of India’s economy could potentially exceed $26 trillion within 27 years - which means India's GDP could eventually surpass $30 trillion in 30 years!