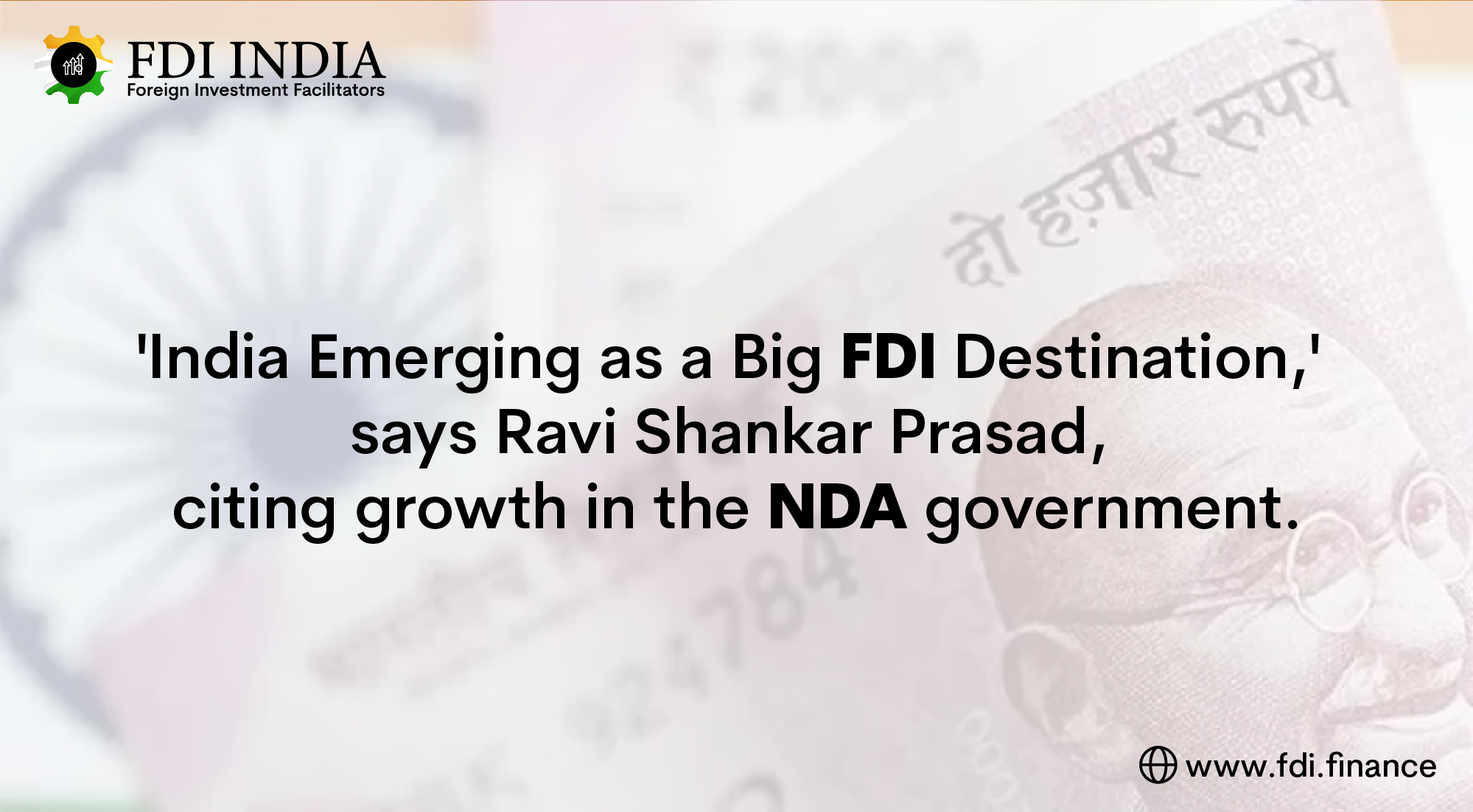 On Wednesday, Union Minister Ravi Shankar Prasad stated that India is becoming a major FDI destination, noting that the telecom sector has attracted $23.5 billion in FDI. Ravi Shankar Prasad said during a press conference that the telecom sector received $11.64 billion from the previous UPA government from 2007 to 2014. He stated that the increment was observed under the leadership of PM Modi.

Furthermore, RS Prasad revealed that the IT Sector - Computer and Hardware received $7.19 billion in FDI during the UPA administration. He went on to say that from 2014 to 21, India received $58.23 billion in FDI under the NDA government. Thus, according to Prasad, India is becoming a major FDI destination.

According to government data, FDI in India increased by 60%

According to government figures released on Wednesday, foreign direct investment into India grew by 60% in April to USD 4.44 billion, up from USD 2.77 billion in the same month the previous year. According to the report, total FDI, including equity, re-invested earnings, and capital, increased by 38% to USD 6.24 billion in April this year, compared to USD 4.53 billion in April 2020. Steps taken by the government like reforms in FDI policy, investment facilitation, and ease of doing business have proved to be factors for increasing FDI inflows.

India becomes the fifth largest recipient inflow in the world.

According to the UN Conference on Trade and Development's (UNCTAD) World Investment Report 2021, India got USD 64 billion in Foreign Direct Investment in 2020, making it the world's fifth-largest beneficiary of inflows. According to the UN report, mainly to acquisitions in the information and communication technology (ICT) business, FDI surged by 27% to USD 64 billion in 2020 from USD 51 billion in 2019, making the country the world's fifth-largest FDI recipient. Furthermore, the COVID-19 crisis enhanced global demand for digital infrastructure and services, resulting in greater Greenfield FDI values.