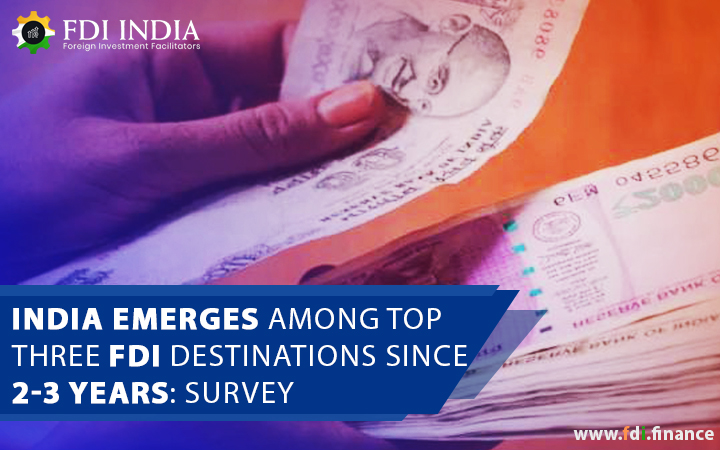 According to a survey regulated by Confederation of Indian Industries (CII) and EY, India appears to grab a position in top three investment destinations in coming two-three years. 30 per cent of companies are anticipating investments of about USD 500 million, says the survey.

As the report says, about two-third of the non-India headquartered MNC respondents prioritize India as the first choice for the future investments. The three vital factors that helped India emerge as the recommended destination are market potential, skilled human resource and political firmness. The survey revealed that about three-fourth of the foreign origin players are willing to invest in India in coming three years and about 70 per cent of foreign based respondents votes India as their favorite destination for future iinvestments.

"Non-Indian HQ MNCs have also opined that major investment in infrastructure and 100 smart cities as well as financial sector reforms will also help in establishing India as a favorable destination for FDI," the survey said.