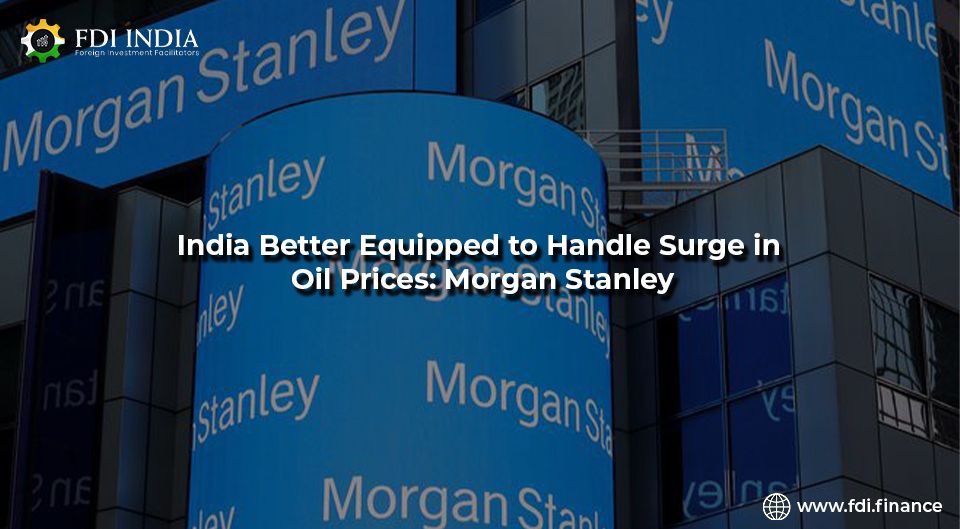 Oil prices have reached a 10-year high due to supply concerns because of Russia’s ongoing invasion of Ukraine. However, experts from Morgan Stanley have said that India’s policy environment has protected the country from the oil price shock.

Global markets have corrected from their all-time highs, and generally, any rise in the oil prices significantly impacts the current account deficit and inflation and reduces profitability.

“The rise in oil prices is a threat but not strong enough in the context of the policy environment. India's policy environment is among the strongest in the world driving India’s idiosyncratic growth story and more importantly, likely creating a new profit cycle. Oil consumption relative to GDP is at all-time lows and is steadily declining especially since 2014,” said experts from Morgan Stanley.

Since 2014, the government has undertaken a slew of measures and amended regulations in every sector to make an investor-friendly environment and help bring in higher foreign direct investment (FDI).

The Reserve Bank of India (RBI) has also put growth on the top of the list. It maintained a low interest rate environment to boost demand by postponing the tightening of key policy rates.

Earlier, India used to rely mainly on foreign portfolio investor (FPI) flows to handle its current account deficit. FPI flows are more volatile when considered in the context of oil prices. However, since 2014, external funding has shifted dramatically to FDI, which is more stable and less sensitive to oil price fluctuations, said the global research agency.

“India’s relative real policy rate to the US is at an all-time high. Monetary policy looks much better placed to handle the inflationary impact from an oil price rise especially when compared to history,” the company further added.