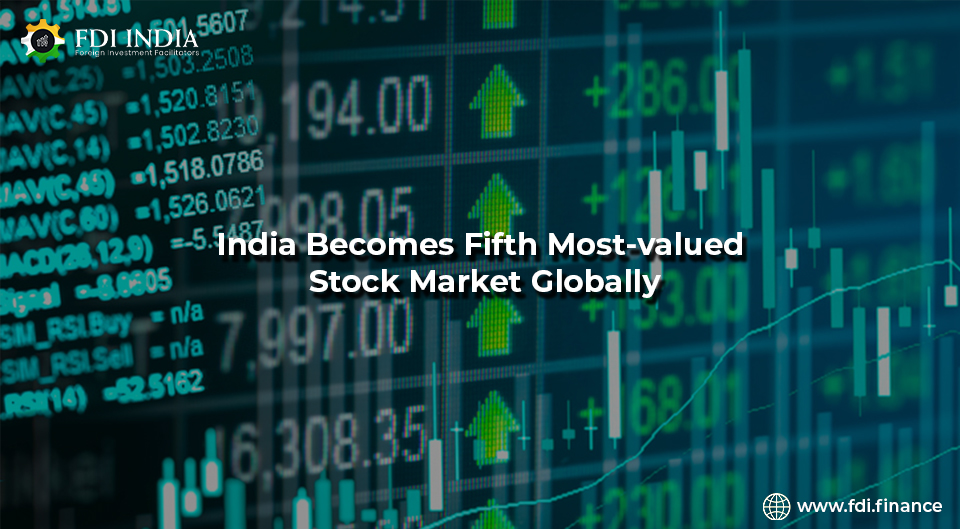 India left behind the United Kingdom, Canada, and Saudi Arabia to become the fifth most valued stock market in the world.

Except for Saudi Arabia, all leading global stock markets lost due to ongoing Russia’s invasion of Ukraine. Since December last year, the US lost close to $6.6 trillion, China $1.48 trillion, Japan $622 billion, and Hong Kong $524.31 billion.

The US is currently the largest stock market globally, valued at $47.32 trillion. China’s stock market valuation comes second at $11.52 trillion, followed by Japan at $6 trillion and Hong Kong at $5.55 trillion.

The Indian stock markets lost less since the year started and saw a decline of $257.35 billion in market valuation. One of the top brokerage firms, Morgan Stanley, said that the Indian stocks held their levels quite well despite the rise in crude oil prices. This has been possible due to a combination of a change in macro funding mix to foreign direct investment (FDI), reduction of GDP on oil, strong domestic bids on stocks, and high real relative policy rates.

“Recovery in markets over the past couple of days is obviously aided by positive sentiments about election results as well as talk that the war in Ukraine seems to be coming to some sort of closure. There have been signals of reconciliation between Russia and Ukraine, and their foreign ministers are expected to meet again today,” Nilesh Shah, Managing Director, Kotak Mahindra Asset Management Company, said.

Stock markets are being impacted globally, including India, due to the ongoing conflict between Ukraine and Russia. This has resulted in continuous selling by foreign institutional investors (FIIs).

“For the Indian stock markets, the real war is the continuous FII selling, which on a daily basis is in the region of $1 billion for the past few days,” Raamdeo Agrawal, joint managing director and co-founder of Motilal Oswal Financial Services said.

“The FIIs have exited India for now, but they will have a very painful entry whenever they decide to come back to Indian equities,” he added.