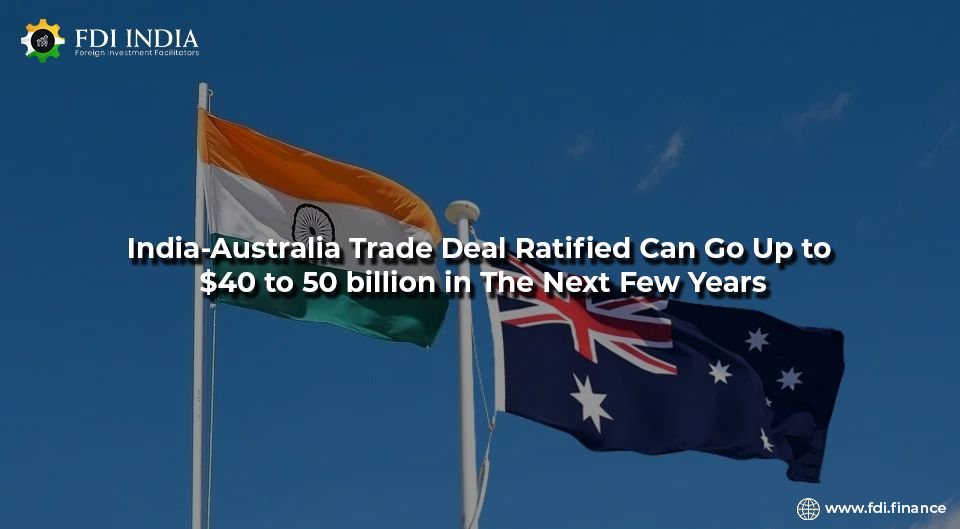 Preceding the announcement of instilling the Free Trade Agreement with India by the Australian Prime minister of commerce and industry, Piyush Goyal on Tuesdays stated that the initial size of the Free Trade Agreement in-between the two nations could soar up to around USD 45-50 billion in the next few years. The statement was brought forward while addressing the press regarding the trade agreement.

"It is a landmark moment for Australia and India, would like to congratulate the PMs of India and Australia for achieving this significant milestone today. These are 2 democracies with shared interests on the world stage," Goyal said.

Earlier yesterday, the Australian prime Minister also announced the establishment of the free trade agreement and its passing through the Parliament through a tweet. The Australia-India Economic Cooperation and Trade Agreement (ECTA) was signed on April 2.

It was during the conference that Goyal entailed the importance and the significance of the Agreement. Goyal said that first time in Australian History, India has been provided with a duty-free import on 100% of items. Also pertinently stating how this is the first trade agreement with a developed country after a decade.

Goyal hailed about the relations in-between the Prime Minister Narendra Modi and the Australian government, recalling it as a strong bond and said that the FTA is a big recognition of India's growing stature in the foreign market.

During the speech, the minister also went on to speak about how the FTA would also provide a significant boost to the pharmaceutical industry as medicines to be sold have already gone through a rigorous process of approval from the USA.

"Visas for Indian chefs and Yoga instructors along with the assurance that every child who goes from India to Australia will be given an employment opportunity there. STEM graduates, doctoral students will get 4 years of work visas in Australia. Postgraduate will get 3 year's work visa," he added.

Indian imports from Australia amounted to about US$15.1 billion during 2021, according to the United Nations COMTRADE database for international trade. However, some of the most prominent articles imported remain to be.

With the free trade agreement, India seeks to improve the prospects of exports and imports and help domestic markets expand their horizons beyond domestic borders. The establishment of such a trade agreement after a duration of about a decade also a decade also hails to the fact of the increasing importance of India as a trade partner in the foreign trade arena.