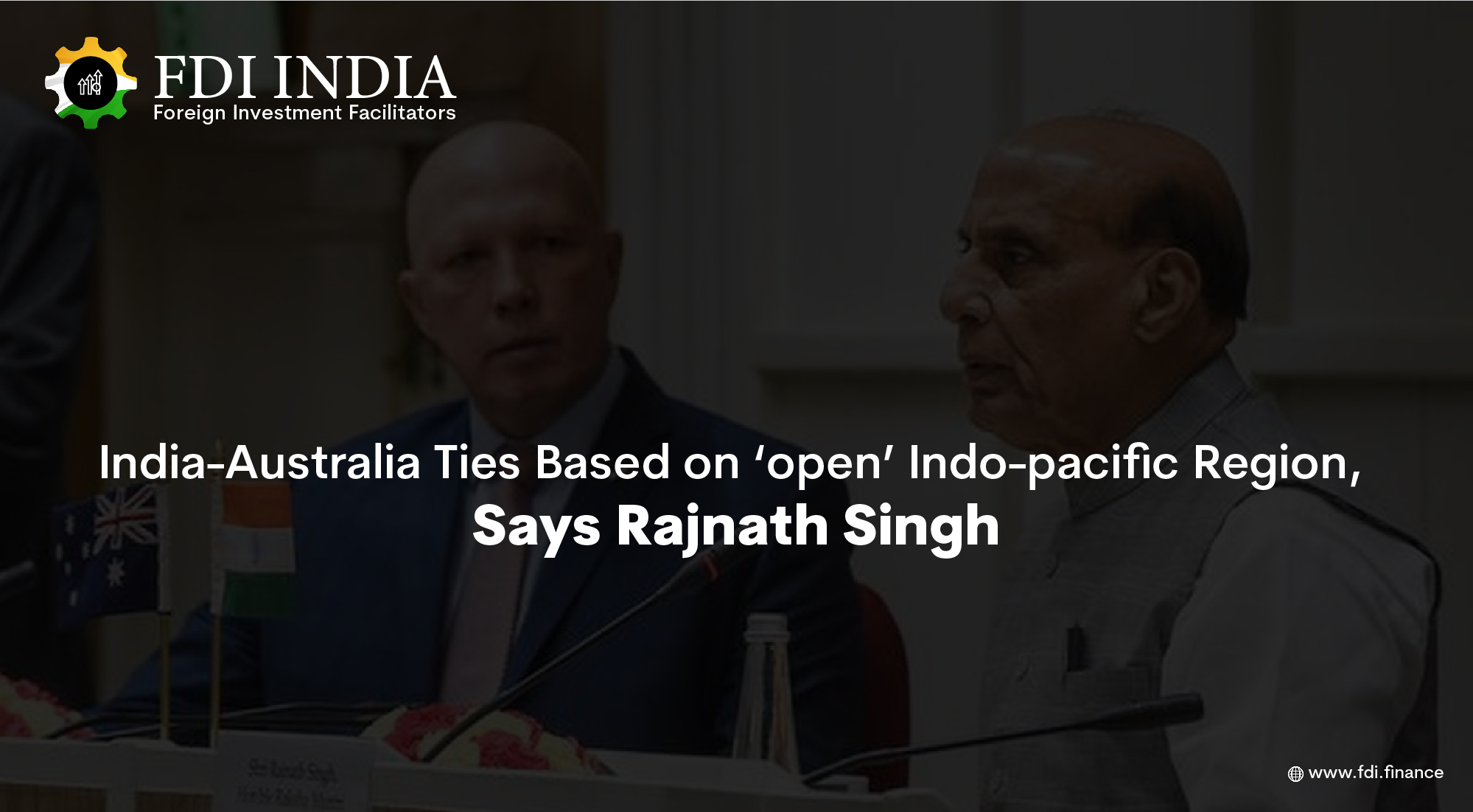 According to Defence Minister Rajnath Singh, India's strategic relationship with Australia is predicated on the Indo-Pacific area being "free" and "open." Mr Singh said both sides would increase military engagements as he welcomed his Australian colleague Peter Dutton, who is in town for the first ministerial “2+2” discussion. India's involvement in the area is "vital," according to the Australian Minister.

“Both of us are eager to collaborate in order to fully realise the Comprehensive Strategic Partnership between India and Australia. In his comments at the joint news conference, Mr. Singh said, "This relationship is founded on our common goal of a free, open, inclusive, and rule-based Indo-Pacific region."

The two ministers conducted a round of talks about bilateral defence cooperation and increasing military engagements "across Services," which would improve defence information exchange, collaboration in new defence technology, and logistical support. While both sides were conducting ‘AUSINDEX,' a bilateral maritime exercise that ended on Friday, the debate on overall defence cooperation with Australia took place. Ships, submarines, and Indian and Australian Long Range Maritime Patrol Aircraft participated in the exercise, which featured sophisticated surface, subsurface, and air operations. In 2020, Australia joined the Malabar Exercise, and in 2023, Canberra wants India to participate in its largest war exercises, "Exercise Talisman Sabre."

Mr Singh urged Australian businesses to take advantage of India's liberalised FDI policy during bilateral talks on Friday. Both ministers agreed that key components should be "co-developed and co-produced." “The leadership of India is critical to Australia's Indo-Pacific policy. One of the world's most significant seas is shared by us. Mr Dutton said, "We both want a stable, resilient, safe, and strategic neighbourhood," implicitly alluding to Beijing's control over the South China Sea, which is critical to Australia.

In light of Beijing's actions in the South China Sea, Australia is believed to be dealing with increasing expectations that it should exercise its international maritime rights across the Indo-Pacific area. Mr Dutton's visit is part of his Indo-Pacific trip, which he is now on with Foreign Minister Marise Payne. Following discussions in Indonesia, the delegation will go to South Korea and the United States, where they will meet with US Secretary of State Antony Blinken and Secretary of Defense Lloyd Austin.