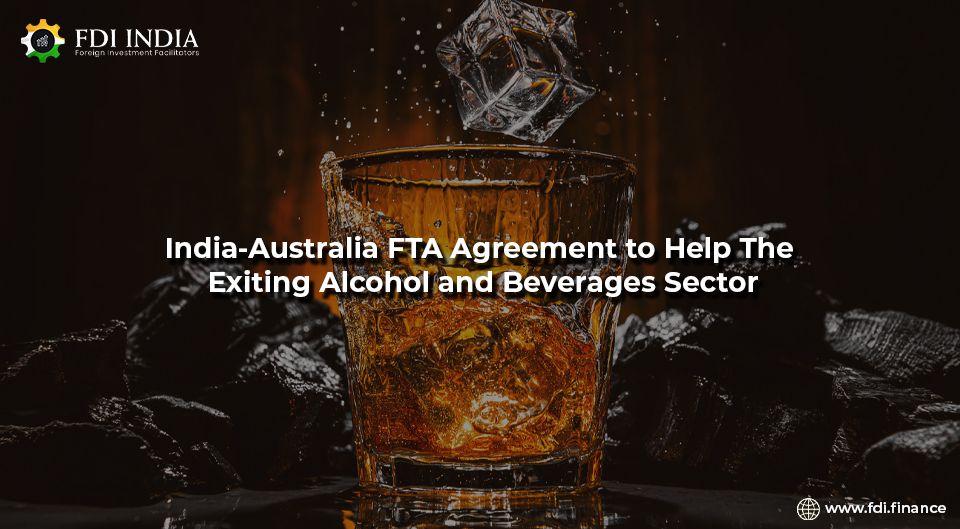 As the India-Australian parliament finalises and works on the execution of the Free Trade Agreement, industry scholars forecast the big gains it would provide for the alcohol and beverage sector. Vinod Giri, Director General of CIABC, said that the development would open up and help the Indian market for Australian Wines and, on the other hand, aid the Indian wine industry to evolve further.

"Australian wines will benefit from easier market access to India and the Indian wine industry will gain from the technical collaboration and potential investment coming from Australia," he said in a statement.

He said the two industries had begun through Australian Grape, Wine, and ABC. Other industry bodies added that the FTA envisages a time-bound resolution of the Australian laws restricting exports of Indian liquor products to Australia.

India has emerged as an epicenter of brewing some of the highest-selling distilled alcohol brands. Some of the most prominently selling single malt whiskeys are Amrut and Rampur. Further, India's craft Gins have also been making a mark for themselves; these include Jaisalmair Terai and Stranger & Sons are gaining traction all over the overseas market.

This FTA provides the template which will help India turn from being the world's buyer to become the world's supplier for alcobev," Girl said.

The India-Australia Economic Cooperation and Trade Agreement needed ratification before being implemented. Still, recently it got ratified and has been brought to life to help the trade on both sides of the border. For The Indian verticals, agreements such as these are signed and approved by the Union Cabinet in India.

Earlier yesterday, the Australian prime Minister also announced the establishment of the free trade agreement and its passing through the Parliament through a tweet. The Australia-India Economic Cooperation and Trade Agreement (ECTA) was signed on April 2.

The FTA agreement in-between the two nations is to help the two markets in broadening their horizons and moving forward. Plus, the overall increase in the demand of Indian handicrafts as well as alcohol overseas would help the domestic market rise above the current level of demand catered to.