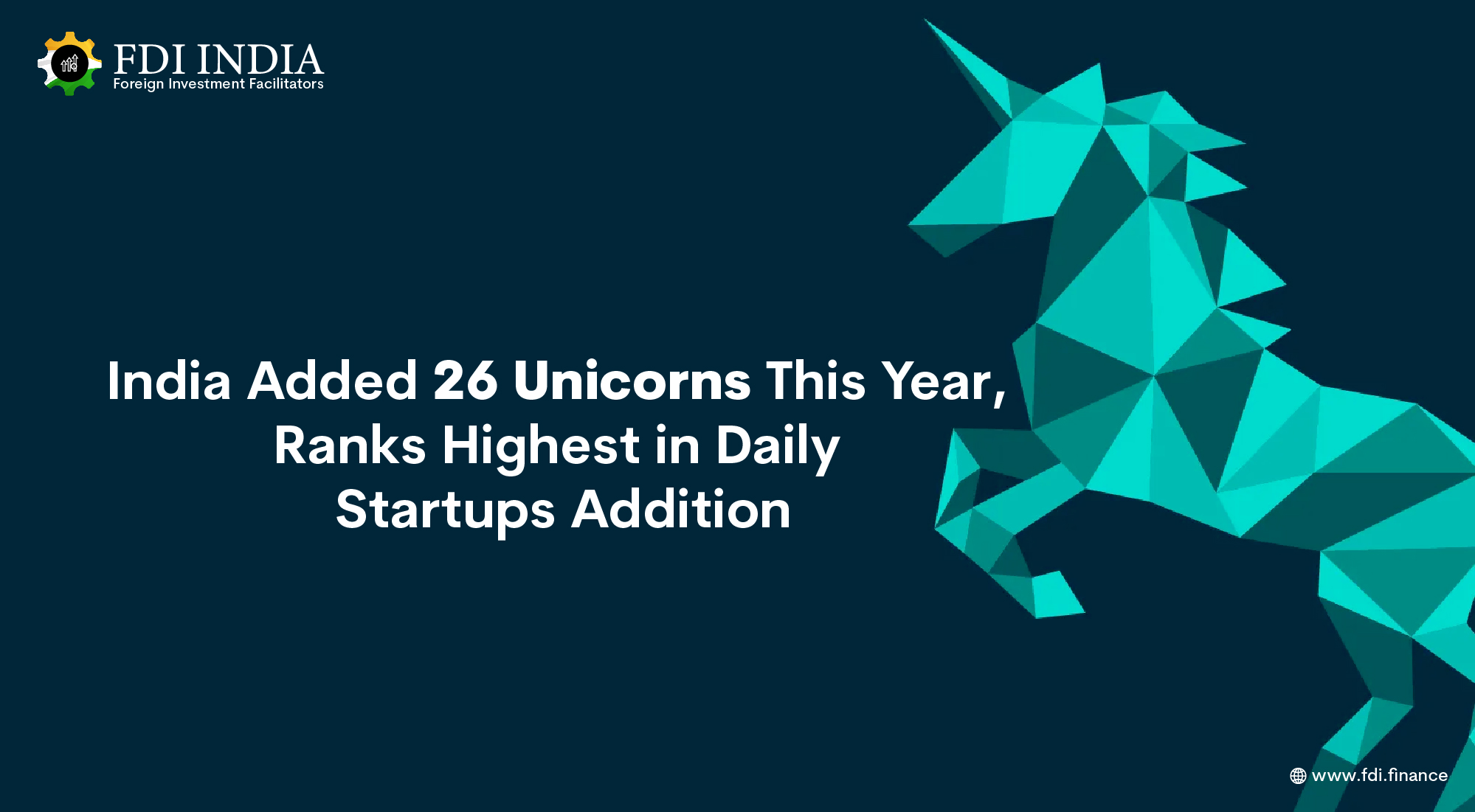 Deepak Bagla, CEO of Invest India, stated on Friday that India is third in the world in terms of unicorns, second in terms of startups, and first in terms of new companies created every day. He also said at an event hosted by the PHD Chamber of Commerce and Industry that one out of every ten unicorns was born in India this year, bringing the total number of unicorns in the nation to 63.

“India has 739 districts, and more than 85 percent of them have a government-registered startup. These companies provide solutions that are simple to use and cost effective. That is the innovation's strength.” Bagla remarked.

He also said that over a thousand global companies' research and development centres have established in the country in the past 60 months, making India the number one choice for such centres outside of their headquarters.

“Our MSMEs and entrepreneurs' innate strength, as well as their capacity to be flexible in their operations, has accelerated innovation,” he added.

"In global FDI positioning, we went from number 10 to number 5 within one year alone," Bagla added, referring to India's record-breaking $81.72 billion in FDI in FY21. This $81 billion came from 89 nations and 63 industries, with green energy and sustainability ranking in the top five.”

He stressed that today's development must be green and sustainable, noting that India's population would reach 1.5 billion by 2025-26, making sustainability critical.

In relation to the Paris Climate Agreement, he said that India is likely the only nation that has met all of the necessary milestones.

“The other piece in this sector is the whole supply chain aspect, whether it's solar or hydrogen, and these are essential if you want to establish a market leader position,” Bagla added.

On the topic of green energy finance, he said that the cost of green power has fallen significantly and is now competitive with many conventional types of fuel, and that India now has the cheapest solar and wind power, with the prospect of seeing the same with hydrogen when greater scales are reached.