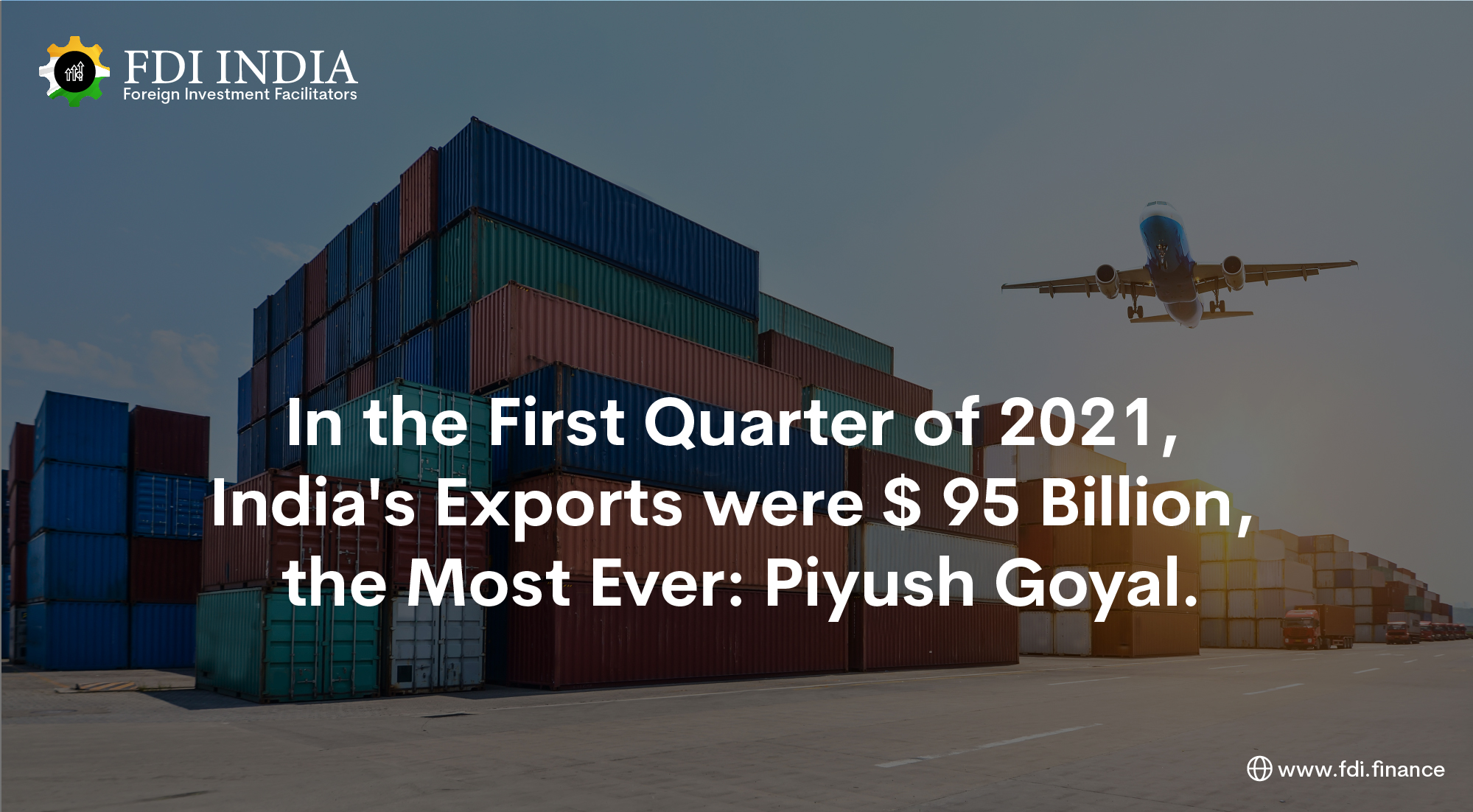 In the First Quarter of 2021, India's Exports Were $ 95 Billion, the Most Ever: Piyush Goyal

In the First Quarter of 2021, India's Exports Were $ 95 Billion, the Most Ever: Piyush Goyal

According to Union Commerce and Industry Minister Piyush Goyal, India's exports hit a new high of $ 95 billion in the first quarter of 2021. It is up 16 percent from the $ 82 billion in first-quarter exports the prior year. It also surpasses the $ 90 billion in exports recorded in the fourth quarter of 2020-21.

Minister Goyal stated that steps had been taken to ensure that the Indian economy improves in the future, noting that foreign direct investment and domestic exports are both increasing.

COVID-19 wreaked havoc on India, but he promised that these policies would aid attempts to strengthen the country's medical and financial infrastructure.

Even with the epidemic that hit India and the second wave, India's exports in the first quarter of 2021 were historically high from April to June.

On the other hand, the Bureau of Industry and Trade Promotion (DPIIT) has certified almost 50,000 new businesses, spread among 623 districts.