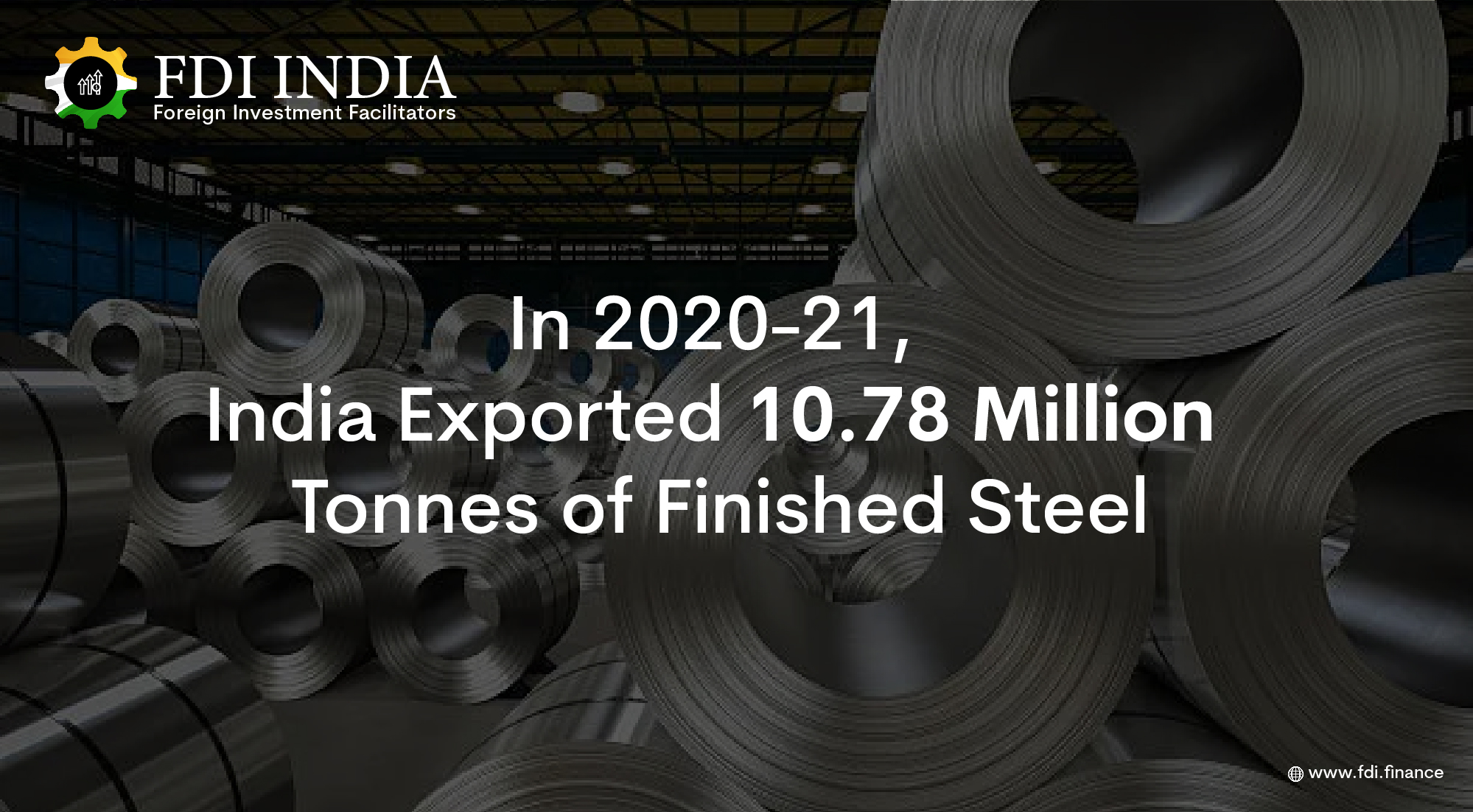 Union Steel Minister Ram Chandra Prasad Singh provided this information in a written response to a question in the Lok Sabha on Monday, July 19.

Currently, the country's total steel manufacturing capacity is 143.91 million tonnes. According to the Indian Bureau of Mines' Indian Mineral Yearbook, 2019, there were 254 reporting mines in 2018-19, including 35 mines in the public sector and 219 mines in the private sector.

GOVERNMENT STEPS TO BOOST THE SECTOR

The government has taken many initiatives to improve the steel sector, including introducing the National Steel Policy 2017 and authorizing 100 percent FDI in the steel sector via the automatic method. As a result, according to data supplied by the Department for Promotion of Industry and Internal Trade (DPIIT), Indian Metallurgical Industries attracted FDI of $14.24 billion from April 2000 to September 2020.

To curb imports, the government implemented a Steel Scrap Recycling policy in 2019. The industry is also benefiting from the changes that are occurring in other sectors. For example, the new car scrappage policy, which allows recycling elements used in outdated vehicles, will help lower steel prices. In addition, major steel companies are currently surpassing their production capacity in the healthcare sector for producing oxygen cylinders for COVID patients.

The Indian Railways intends to buy around 11 lakh tonnes of steel from the Steel Authority of India Limited (SAIL) in 2021 for track renovation and new line construction across the country. In addition, the Ministry of Steel of the Government of India signed a Memorandum of Cooperation (MoC) with the Ministry of Economy, Trade, and Industry of the Government of Japan in January 2021 to promote the steel sector through research and development.