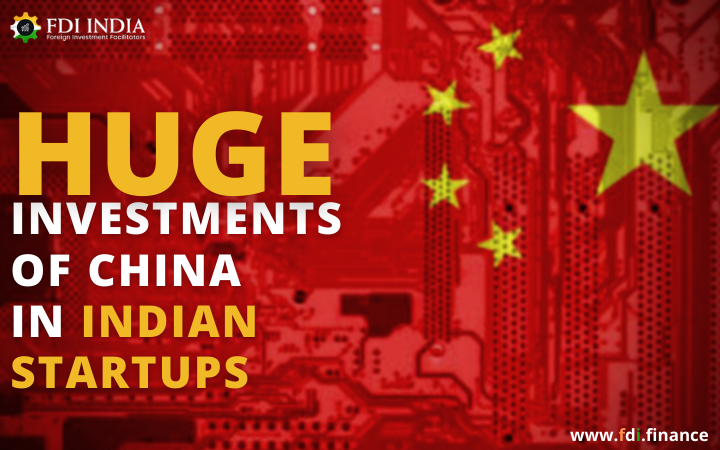 In India, there is a rage for the use of Chinese products and applications due to the Indo-China border clash. Indians have been uninstalling applications that are funded by Chinese companies in a protest against China.

As per the experts, the Indian start-ups that have huge Chinese funding are required to brace them up and there may be restrictions to the other investments by China in India. Investments amounting to $4 billion have been done by Chinese investors in the technology startups of India.

China has high stakes in 18 Unicorn companies of India out of a total of 30 companies. The FDI restriction that has been imposed by the Government of India is that now government approval will be compulsory for investments from the countries that share borders with India.

This restriction on FDI has created a very grim situation for India's startup ecosystem as they gained major capital backing from China.

“The immediate impact of this can be observed in business relations as well, with contract cancellations, trade deficit, and funding being put on hold. To mitigate this direct impact on the startup ecosystem, startups will have to scout for other avenues for big-ticket investments while seeking support from investors from newer geographies. Companies which fall under the portfolio of Chinese investors will also have to look for new alternatives as their transactions will get delayed due to these macro events" said Roma Priya, Founder of Burgeon Law.

"China provides the patient capital needed to support the Indian startups, which like any other, are loss-making. The trade-off for market share is worthwhile" said in a report by Gateway House.

Even before the border clash between Indo-China which resulted in FDI restrictions, in April itself, the Government of India had imposed FDI restrictions of prior government approval for FDI in India by the countries that share borders with India.

"Chinese investors like Alibaba, Tencent, and others will be heavily impacted. (i) Rights Issuances; (ii) share buybacks; (iii) exits of existing investors from an Indian company which result in an increment in a Chinese investor’s stake will now require prior approval of the Indian government, although there may be no fresh inflow of FDI. Private equity and venture investors may not be able to effectively exercise call options, rights of the first offer, anti-dilution or ratchet provisions." said in a report by law firm Majmudar & Partners.

China has been continually investing in India via subsidiary companies that are located in different countries.

"Chinese funds and companies often route their investments in India through offices located in Singapore, Hong Kong, Mauritius, etc: for example, Alibaba's investment in Paytm was by Alibaba Singapore Holdings Pvt. Ltd. These don't get recorded in India's government data as Chinese investments" said in a report by Gateway House.