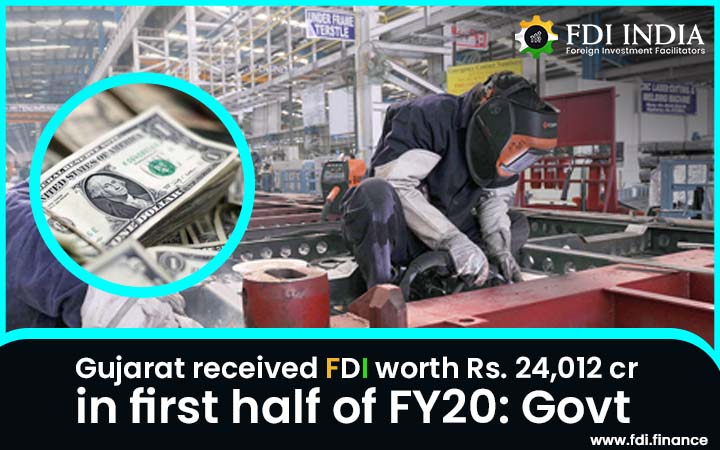 As per data released by the state government, Gujarat has received foreign direct investment equity inflows amounting to Rs. 24,012 in the various sectors of the economy in the first half of the financial year 2019-20. This figure is almost double of what the state received in the previous fiscal year of 2018-19.

In the last fiscal year, the state was a recipient of foreign direct investments worth Rs. 12,612 crore.

According to a report by the Department for Promotion of Industry and Internal Trade (DPIIT), that comes under the Ministry of Commerce and Industry, the state attracted overseas investments that came up to a total of Rs. 24,012 crore between the months of April and September in the current fiscal year. This figure is double than the entire investment received last year, stated the official report.

"This shows that Gujarat has emerged as the best destination for investment in the country. Between April 2000 and September 2019, the state has received a cumulative FDI worth Rs 1, 41,000 crore," it stated.

The report further added that out of 2574 large industries set up across the country in the last three years, 734 were based in Gujarat alone.

It said that the state has managed to pull this feat because of transparent and pro-people and pro-industry policies of the Vijay Rupani government.