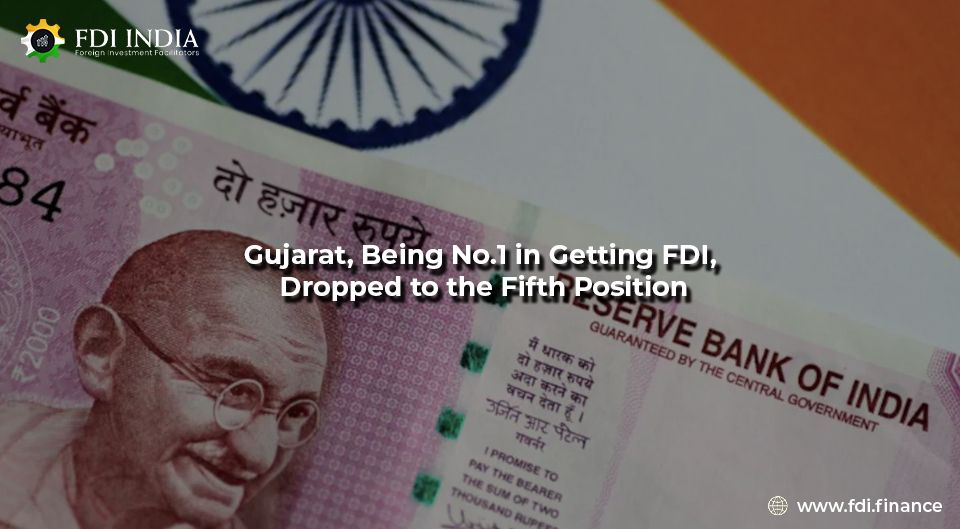 Gujarat is in the fifth position in terms of foreign direct investment (FDI), says the data for the first time in the nine months of the last fiscal released by the Union government’s department for the promotion of Industry and Internal Trade (DPIIT). This comes after the state topped the table in 2020-2021, which seems to be an exception compared to the last two fiscals, accounting for 35 percent of the total FDIs in the country.

The data disapproved the declaration made by Bhupendra Patel, Chief Minister of Gujarat when he was addressing the Business Network International (BNI) Symposium 2022 in Ahmedabad on Saturday. He said, “For the past three years, Gujarat has been number one in FDI.”

“As a new team in Gujarat, when we toured foreign countries in connection with the Vibrant Gujarat summit, people wanted to start a business in India because of Prime Minister Narendra Modi. So Gujarat had become the most preferred location for starting businesses, and for the last 3 years, Gujarat has been number one in FDI,” said Patel to the gathering of businessmen.

While the audience at the event applauded the claim made by Chief Minister, the official figures were stating something different. The DPIIT figures show that Gujarat has fallen behind Maharashtra, Karnataka, and Tamil Nadu in attracting FDI.

The only time in the last three years when Gujarat topped was in 2020-21 when it accounted for 35 percent of the total Foreign Direct Investments (FDIs) in the country. Despite the Covid pandemic, Gujarat attracted investments worth Rs 1,62,830 crore, beating the leader Maharashtra which got investments worth Rs 1,19,734 crore. During the financial years 2019-20 and 2018-19, Gujarat stood fourth, lagging Karnataka, Maharashtra, and Delhi in attracting FDI.

When compared to Rs 1.58 lakh crore FDI during April-December 2020-21, the investments in Gujarat during the same period in 2021-22 dipped by ten times.