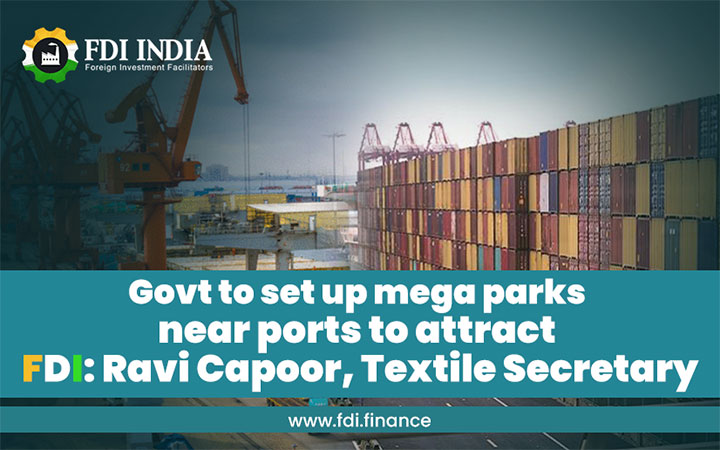 A top official said on Monday that the government is planning to set up around ten integrated mega parks with a state-of-the infrastructure near ports with the aim of attracting more foreign direct investments.

Ravi Capoor, the Textile Secretary while addressing a conference said that there has been a "very good response" from state governments on the proposed mega parks.

He expressed concern over India’s lack if competitiveness. He said that there are serious problems regarding the country’s competitiveness as far as exports, cutting across all sectors, concerned, and that the fear of all Free Trade Agreements fundamentally comes down to the fact that India is not so competitive.

"A country which is competitive need not fear about anybody, no country. Our fears stem from the fact that we know we cannot sustain the onslaught of the most competitive country or that particular product," the Textile Secretary said.

While addressing a CII event in New Delhi, Capoor further said, "The government is very seriously contemplating mega parks in this country...limited, maybe ten and compete with the best of the world. Provide...integrated parks close to the port. Today when you say about China-US trade war, they are looking for places to invest”.

In the conference he also said that the government has to provide this type of infrastructure if it wants to attract global players to invest in the country. The Secretary said for world-class manufacturing to happen, India has to be globally competitive and that the country needs to create mega-brands in the textile sector.

Revealing his plans he said that he may be leading a delegation of manufacturers to Bangladesh in a fortnight to request them to source fabric from India.

"Normally under these agreements you have a rule called fabric forward policy, which means you can sell the apparel to me, provided you take fabrics from me. It is an old agreement, this element did not find place there, therefore it is not possible unilaterally for India to introduce a fabric forward policy with Bangladesh," Capoor said.