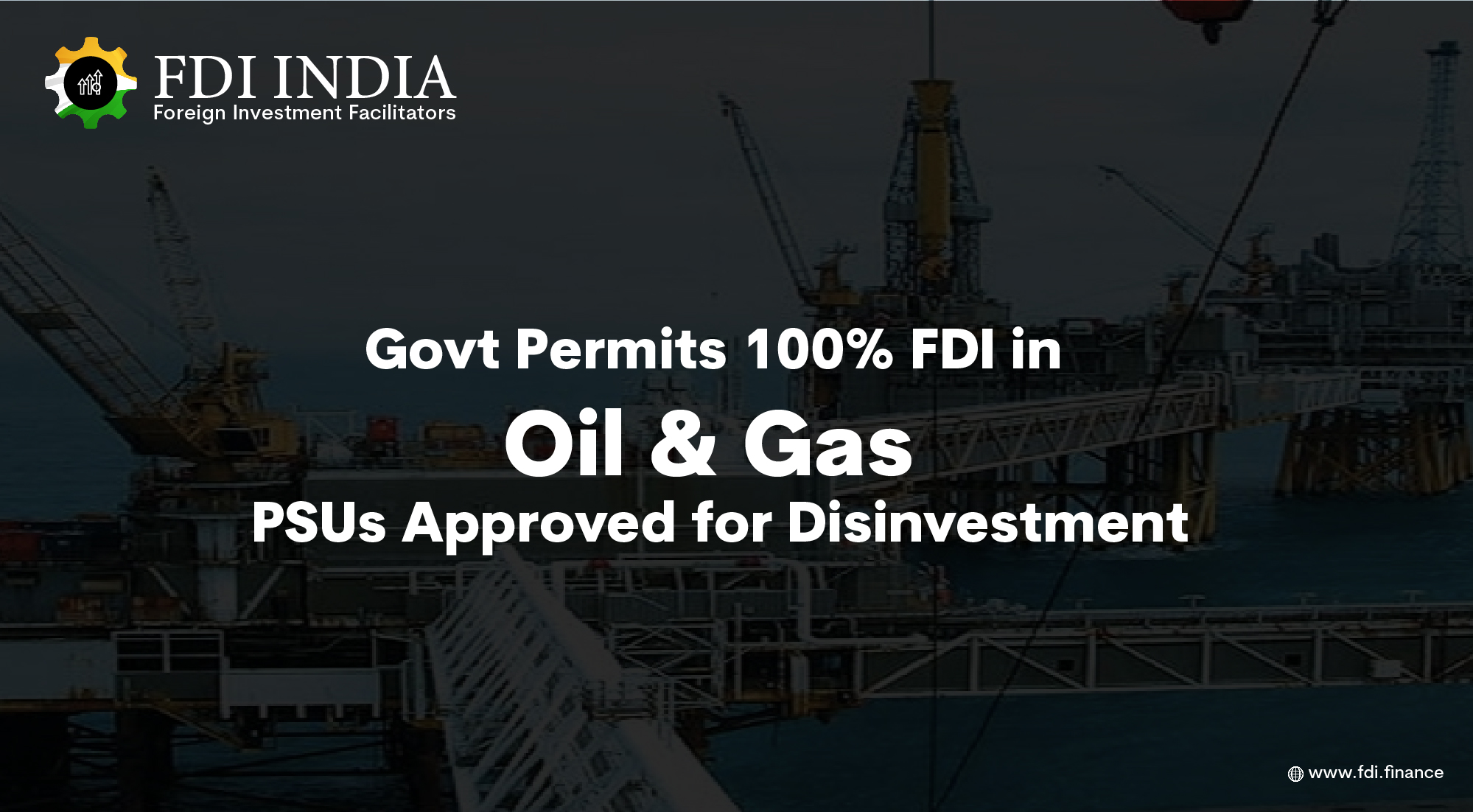 In the event that the government approves an in-principle approval for strategic disinvestment, the Department for Promotion of Industry and Internal Trade (DPIIT) issued an executive order on Thursday allowing 100 percent foreign direct investment (FDI) under the automatic route for oil and gas PSUs.

On July 22, the Union Cabinet gave its assent to the development. The decision would allow the sale of the government's 52.98 percent share in Bharat Petroleum Corporation Ltd (BPCL) to a foreign bidder and increase the possibility for FDI in the privatisation of the firm. It would also allow FDI into other public sector oil firms that are slated for privatisation.

According to an official statement, "the aforementioned decision will take effect from the date of FEMA notice."

For ‘petroleum refining by PSUs without any disinvestment or dilution of domestic ownership in existing PSUs,' the FDI ceiling will be 49 percent through the automatic method. Prior to the reforms, 49 percent FDI was permitted in the public sector and 100 percent in the private sector for refining.

Because the majority of bidders interested in acquiring BPCL had foreign investment, a reform in the FDI system was needed. The identities have not been made public by the authorities. Vedanta Resources, the London-based parent company of billionaire Anil Agarwal's Vedanta, has established a special purpose vehicle and filed an expression of interest to buy BPCL. Apollo Management and Think Gas, pushed by I Squared Capital, are said to be other bidders.