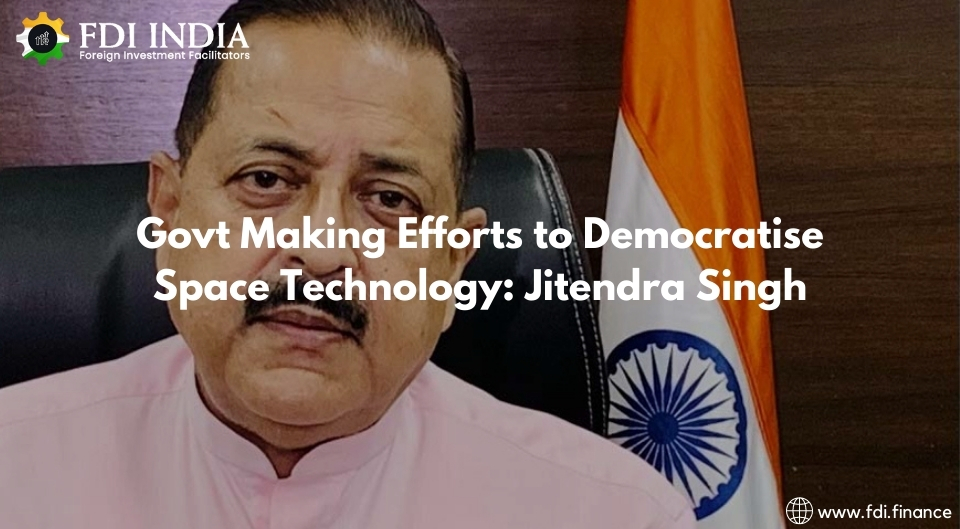 The Modi administration is making deliberate efforts to "democratise" space technology for the common man and to unleash its transformational potential, Union Minister Jitendra Singh said on Monday.

Singh was speaking at the Indian Space Association's launch event, which was attended by representatives from Bharti Airtel, Larsen & Toubro, Agnikul, Dhruva Space, and Kawa Space.

According to the minister of state (independent charge) for earth sciences and science and technology, the government has been a pioneer in enhancing India's space capabilities.

"Since Narendra Modi became India's Prime Minister seven years ago, space technology has permeated every Indian home. Additionally, the prime minister has guaranteed that the government makes concerted efforts to democratise, I repeat, democratise space technology for the benefit of the ordinary man "'He said.

The government has launched a number of reforms to unleash the transformational potential of space technology and to make India self-sufficient and technologically competent in the space sector, the Union minister said.

"At the same time, focusing on promoting ease of doing business for industry and share, and ensuring that we are on track to develop niche and disruptive technologies for strategic solidarity, the prime minister has launched a three-pronged initiative to transform India into a strong space economy, which will significantly contribute to India's 5 trillion dollar economy," he said.

"These policies on space communications, remote sensing, satellite navigation, and space transport have been made public to solicit input from all stakeholders and members of the general public. I am pleased to tell you that we are nearing completion of the same "'He said.

Singh said that the prime minister has also been working on an industry-led organisation that represents the industry's collective viewpoint.

"And as a result of this vision, that action, the establishment of an Indian Space Association, has been initiated," he said.

He said that there is great zeal and excitement for allowing in-space organisations and private business to significantly contribute to the global space economy.