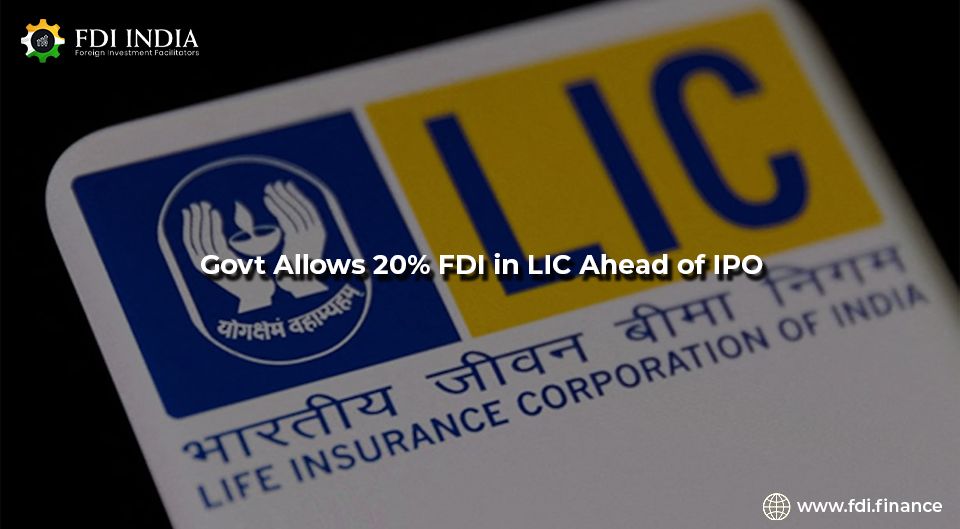 The LIC is the second-largest fund manager in the world, but it is still dwarfed by the likes of Vanguard and Blackrock. The public issue will allow it to grow faster so that one day, its market value will be comparable to top companies like RIL and TCS.

The government has amended rules of the Foreign Exchange Management Act (FEMA), paving the way for foreign investment up to 20 percent in the insurance behemoth LIC. As part of this move, global players will now be able to invest in Indian businesses and benefit from new opportunities and growth prospects. At present, it is estimated that China-based companies have a 25 percent investment in LIC.

Last month, the Securities and Exchange Board of India (Sebi) cleared the way for 81% of state-owned Life Insurance Corporation (LIC) to open its books to global investors ahead of an impending public float. It did so by approving Sebi’s draft papers after weeks of deliberation and several meetings between the regulator and other stakeholders including potential investors.

FEMA notification was required to operationalize the provisions DPIIT issued through a press note, including FDI policy changes that will allow large foreign portfolio investors to subscribe to shares of LIC. The notification allows up to 20 percent foreign direct investment (FDI) in listed life insurance companies through the Automatic Route. Since the government has previously set a ceiling of 20% foreign direct investment in public sector banks, it's decided to allow up to 20% foreign investment in state-owned companies that are not previously allowed.

Setting the stage for the country's biggest-ever public offering, the Securities and Exchange Board of India (Sebi) has approved the draft prospectus for the sale of a 5 percent stake by the government for an estimated Rs.63,000crore.