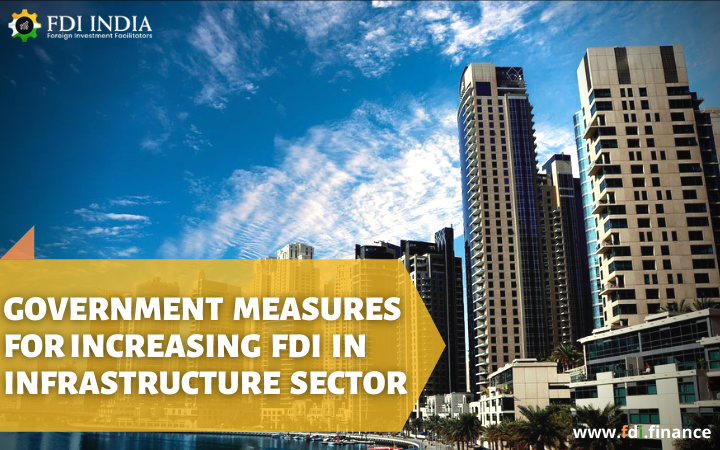 Measures are been taken by the government for increasing the attraction of foreign direct investments particularly in the infrastructure sector in order to address the liquidity crunch due to the pandemic on the economy as said by Union Minister Nitin Gadkari.

Nitin Gadkari during a webinar on Road Development in India said "Infrastructure is the most economically viable industry. The internal rate of return on projects is very good. We are trying to get foreign direct investments in Infrastructure as it is 100% allowed. We are trying to bring Insurance Fund, Pension Fund, etc, while talks are on with the World Bank, ADB... We are moving fast in that direction."

He further added that the economy requires liquidity and is encouraging private players to join the government in this initiative.

The minister also said that the pandemic can also be seen as an opportunity because of the image of the country in the global world is shaping as the best destination for investments. The government has executed the policy decision for offering projects after the successful 90% land acquisition and regulatory clearances like forest and environment.

"In Infrastructure, we are trying as to how we can get maximum investment. Today, there are huge opportunities in highways, power, transport, water, communication and other sectors" and he also said that expansion in the job opportunities would not have been there if the infrastructure was not there.

The union minister also brought light upon the requirement of cutting down the logistics cost and how the INR 1 lakh crore Delhi-Mumbai Expressway will have a much reduction in the traveling between the two megacities of India to 28 hours and this will have an effect on the logistics cost through increased cargo movement and less duration of time between the two cities which is quite far away from each other.

"There is huge potential in alternative fuel and electricity. I have just purchased an electric SUV. Our petrol expenditure which was INR 12,000-13,000 per month has now slashed to INR 600-800 per month, while charging can easily be done" Nitin Gadkari said.

The aim of the government is now on the promotion of LNG to be used for long-distance vehicles such as trucks and buses as the cost endured will be quite less in comparison to the diesel counterparts.

Apart from diesel, the focus of the government is now on ethanol and methanol.

In regard to the upcoming projects, there is an electric highway pilot project on the Delhi-Mumbai expressway project.

The government is currently not comfortable for the BOT (build, operate, transfer) Projects but its focus is on the encouragements on projects related to engineering, procurement, and construction, hybrid annuity.

The union minister also said that the government aims to develop highways that will be worth INR 15 lakh crore in just two years and it has already identified 15-20 projects of 3,000km on BOT and it will be analyzing the response it gets through a maximum of 2 projects.