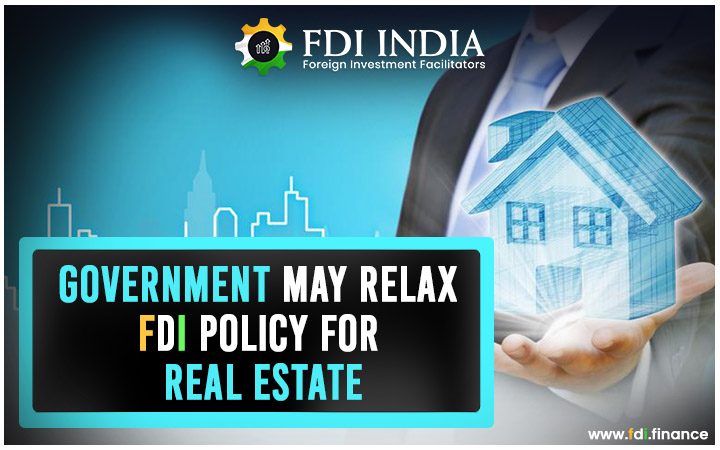 According to sources, the Ministry of Commerce and Industry is deliberating further easing of the foreign direct investment policy for the real estate sector, including 100 per cent FDI in completed RERA registered projects with over 100 apartments.

Allowing foreign investments for finished apartments with occupancy certificates has been in demand for a long time say, say market experts. The consideration by the Central government for further liberalising FDI norms comes amid the deadly COVID-19 pandemic that has pushed the global economy into a standstill with many countries announcing full or partial lockdowns. The lockdowns, out in place to combat the spread of the novel coronavirus has resulted in a lack of business and the resultant liquidity crisis.

Opening up FDI for the real estate sector will allow players to monetise their completed projects so that focus could be diverted to complete pending housing projects that are struck largely due to shortage of funds.

As per Secretary, Department for Promotion of Industry and Internal Trade, Guruprasad Mohapatra, there are always some policy considerations going on regarding several sectors, but refused to comment on the proposed changes for real estate.

Apart from this, the government is also faced with the decision to allow 100 per cent FDI for completed warehouses, people with knowledge of the developments said. Though FDI is permitted in warehouses, their are restrictions on bringing foreign money on running projects.

Reportedly, an overhaul of the FDI policy is on cards and the DPIIT is expected to come with various changes soon.

Although the government is looking to  liberalise the FDI norms in real estate sector further, it has still not included to open overseas investment in 'real estate business'. The restrictions on FDI in real estate entities is also expected to continue for some more time.

As per the Centre's Consolidated FDI Policy which came into effect in August 2017, 'real estate business' means dealing in land and immovable property with a view to earning profit there.

Shobhit Agarwal, MD & CEO of Anarock Capital said: "In FDI, the main task has been to allow FDI in fully built-up OC (occupancy certificate) ready apartments so that developers can liquidate their holdings and put cash back into circulation. Pre-Covid-19, this proposal had found little traction with the government. Now, however, the government may revisit this proposal."

He further said that there is a lot of available inventory and demand may remain subdued because of the resulting economic crisis due to the COVID-19 pandemic and in view of this, the proposal can have tremendous advantages which will ripple across the economy.

"RERA approved projects will have a greater degree of pull among investors, making them profitable investment avenues. Warehousing is already the strong asset class across real estate, and has been doing well, even under the lockdown due to the demand for various goods and services. These, if implemented, will have a positive impact on the sector's growth, which is otherwise struggling to generate liquidity, he said.

Samir Jasuja, Founder & MD of PropEquity, however, was of the view that the approval for 100 per cent FDI in ready-to-move-in RERA registered projects would have a limited impact as the number of completed projects is very low in the country in comparison to the under-construction projects.

"It may have some impact on the ready-to-move-in luxury segment but that too is a very small market," Jasuja told IANS.