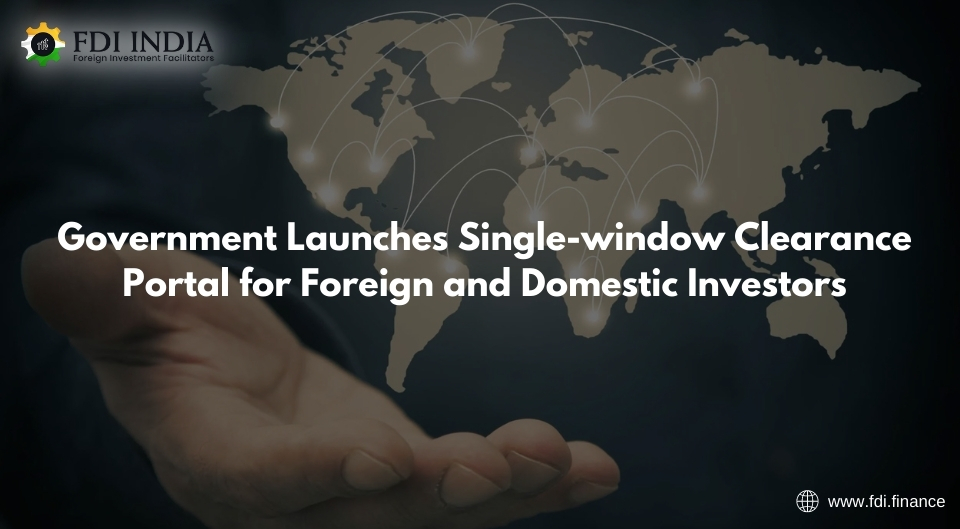 The one-stop site for international and local investors is a significant step toward assisting businesses in obtaining the many approvals required to start and operate a company in India.

The single-window site has now been given the finishing touches by the Department for Promotion of Industry and Internal Trade, more than half a decade after it was first touted as an essential component of Prime Minister Narendra Modi's Make in India initiative (DPIIT).

The one-stop digital site had been in the works since 2016, but it had hit a number of administrative and operational roadblocks. During this time, it had also missed a number of deadlines.

The site, which aims to make conducting business easier for everyone, can be used to properly explore for investment possibilities throughout India, get detailed data on land, labour, logistics, and prices, and connect with government authorities on the ground. It is intended to offer investors with time-bound approvals and real-time progress updates.

Above all, it may be utilised to acquire all of the necessary Central and State certifications and permissions to begin and maintain commercial activities in India. According to a Budget 2020-21 release, it would offer end-to-end facilitation assistance, including pre-investment advice, information on land banks, and approvals at the federal and state levels.

The cell would combine the different clearance systems of the Centre and State governments without interrupting their current IT portals, and will feature a single, uniform application form. This eliminates the need for local and international investors and entrepreneurs to visit numerous platforms/offices, which is still a significant source of frustration for them.

According to the Economic Survey 2020-21, a person must comply with 6,796 compliance items required by 51 Central and State legislation in order to begin manufacturing in India.

Apart from the sluggish pace of policy development, the portal has been slowed by problems such as variations in available infrastructure across states and a lack of accurate data on land banks.

Since 2016, the Centre has urged states to identify the land they have available and to develop clusters of well-connected land banks that may attract international investment. However, the amount of work being done in this sector differs greatly across states, with state legislators battling to change laws on common lands in panchayat regions to allow for industrial growth.

In the year 2020, the government linked the Industrial Information System (IIS) portal with the Geographic Information Systems of six states for the first time. A user interface was developed using the aggregated data.