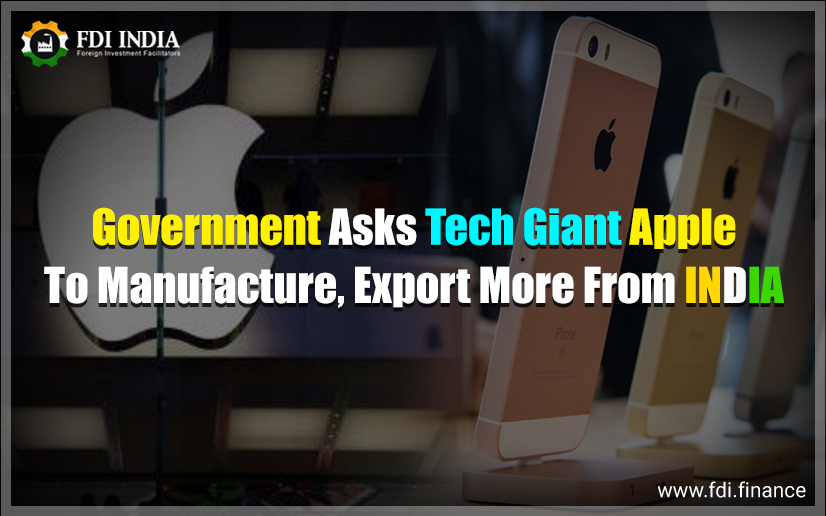 On Monday, the government asked the popular iPhone maker Apple to expand manufacturing base in India and to use the country as an export hub. In order to encourage Apple to take this step it promised to offer new incentives and sops to galvanise electronics including the phone industry in the coming next 2-3 months .

Ravi Shankar Prasad, the IT Minister said that Apple’s manufacturing investment is only the “tip of the iceberg” so far. He added that the government wants global giants like Samsung and Apple to have “robust presence” here.

After a CEO’s roundtable with over 50 electronics and phone companies, the minister said, ”India will offer you Human Resource, investor-friendly policies, and incentives for making in India, and for exports.”

"Apple has started manufacturing iPhones in India... making components and are exporting as well...Apple is on board as far as India's success story is concerned," Prasad said.

Apple and Samsung are international players and should work as a team with domestic companies to transform India into a global powerhouse, he said, adding he did not foresee any conflict of interest between the two sides.

As of now, Apple works with the Taiwanese contract manufacturer Wistron in India and makes iPhones 6S and 7 here. According to sources, the company is looking at assembling more models in the country. However, there is no such official statement from the tech company.

India is looking to becoming an international hub for electronics and grab opportunities that have cropped-up in the background of rising trade tensions between the United States and China, which is a global manufacturing destination.

Shankar said that the government in the next 2-3 mo the is going to chart out an entire roadmap including incentives and sops that will encourage companies to take this step.

Recently, the government introduced several reforms in FDI norms in order to increase overseas investment into the country in order to stabilise the plunging economy. For the first time in six years, foreign direct investment dropped by 1 per cent in the year 2018-19.