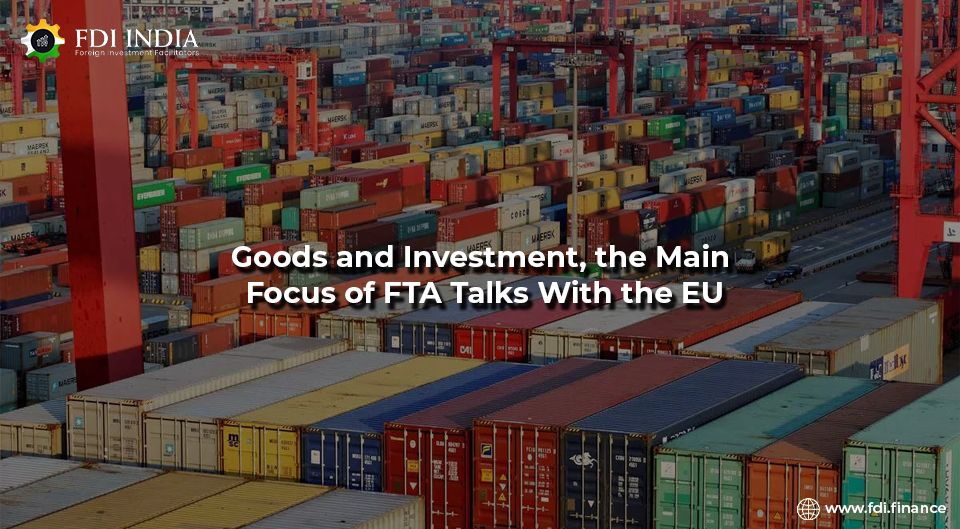 India and the diplomats from the EU are most likely to discuss challenges related to investment and trade in goods in the appearing third round of discussions regarding the terms of the foreign trade agreement tentatively dated to be falling on November 28.

The two nations have involved in negotiations after a Nine –year hiatus and initiated separate talks and negotiations for an investment protection agreement and an agreement on the geographical indications in June.

According to media reports based on the scruples of the information spreading in the market, The EU has proposed an anti-fraud clause in the goods chapter of the agreement, which would deal with preventing, detecting and combating breaches or circumventions of customs legislation related to the preferential treatment.

The first round of the talks were held in targeting on Eu's proposal for 18 chapters; the second round took place in October in Brussels. The two sides re-launched FTA negotiations after a nine-year hiatus and initiated separate negotiations for an Investment Protection Agreement and an Agreement on Geographical Indications in June.

There have already been discussions regarding challenges, including digital trade, government procurement, anti-competitive conduct regarding trade merger control and subsidies. Further along the discussions, topics of integral importance such as state-owned enterprises, dispute settlement, good regulatory practices and energy as well as raw materials would be introduced.

Eu's share in foreign investment inflows to the nation increased to 18% from 8% in the last decade, making the bloc India's largest source of FDI. Between April 2000 and September 2020, FDI inflows from the EU to India totalled to $86.82 billion.

As reported, the FDI and the foreign trade between India and the EU have increased by leaps and bounds; here are some of India's most prominent European trading partners; all the values are reported in USD billion.

Countries and their latest exports and import values in USD billion.

EU has been India's Third largest partner, accounting for 88 billion pounds worth of trade in 2021. Ranking after the USA (11.6%) and China (11.4%). The EU has also been the second largest destination for Indian exports (14.9% of the total ) after the USA (18.1%), while China ranks somewhere about (5.8%). India has been the EU's10th largest trading partner, accounting for 2.1% of EU total trade in goods in 2021, well behind the nation of China, which stood at (16.2%) and the UK at (10%). In the last decade, the trade in between India and the EU has increased by about 30%. In contrast, even during the COVID period, services trade in between the EU and India accounted for 30.4 billion pounds. Further strengthening the connections, about 6000 European companies are functioning in India, providing close to about 1.7 million jobs and, indirectly, 5 million jobs in a broad range of sectors.