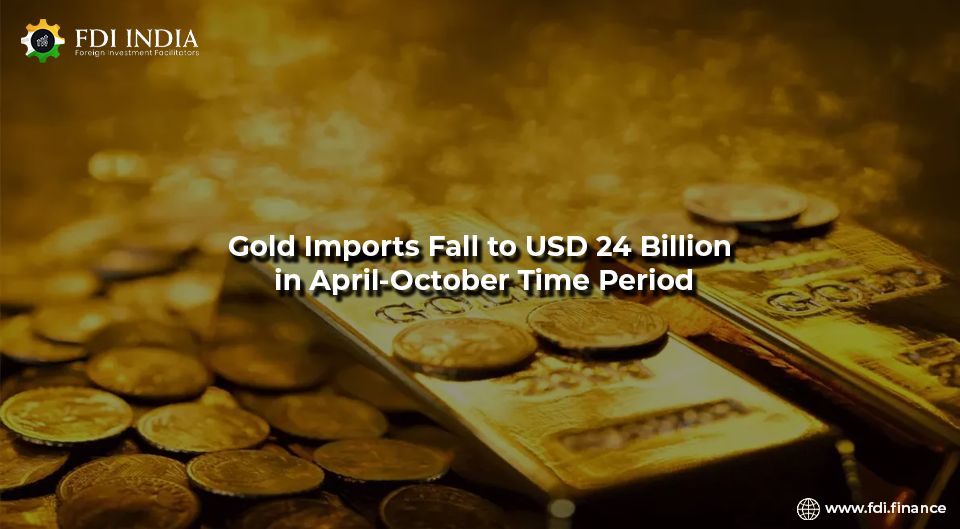 Gold imports, a dynamic that bears weight upon the current account deficit, declined by 17.38% to about USD 24 billion during the recent April – October months due to a fall in demand, according to the data of the commerce ministry.

Imports of gold stood at about USD 29 billion in the corresponding period of 2021-22. To further plinth the whole scenario, the imports during October this year also contracted by 27.47% to USD 3.7 billion, as the data showcased.

Further along, the narrative silver imports also showcased a dip of about 34.80% to USD 585 million. Cumulatively, the imports, however, jumped to USD 4.8 billion as against USD 1.52 billion during the April-October 2021-22 times.

The merchandise trade deficit for April –October 2022 was estimated at USD 173.46 billion as against USD 94.16 billion in the year-ago period.

India has been one of the largest Importers of gold and mainly caters to the demand of the jeweler industry. In volume terms, the country imports about 800-900 tonnes worth of gold annually.

According to industry experts, the demand is set to pick up from January.

The trade trends have been similar worldwide as China also suffered from declining gold imports via Hong Kong in October. According to a report by Reuters, imports fell by about 45% from the previous month. China has been one of the biggest importers of gold, and the decline showcases a straight fall in the demand of gold all over the world amid the recessionary trends as well as for China, specifically a lockdown to control the spread of a newer rendition of the Coronavirus. In addition, the fall in demand for golf also showcases changes in people's choices and no longer seeking gold as a safe investment option in the times of recession and a Economic slowdown.