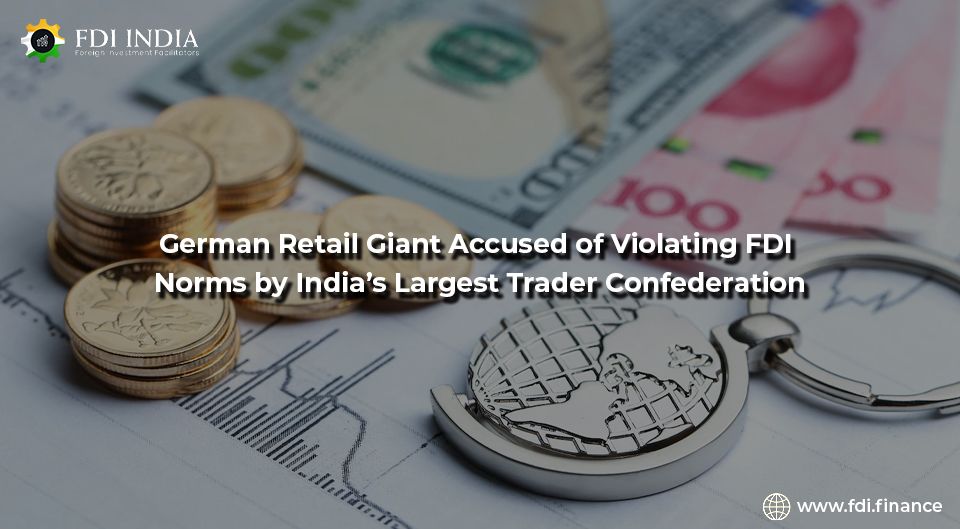 Praveen Khandelwal, the general secretary of CIAT stated, “Metro Cash and Carry is violating FDI policy by engaging in B2C practices in the garb of B2B business, which they're allowed as per law.” The FEMA and GST laws of the country prohibit any multi-brand retail practices in India by foreign firms, but these cash and carry stores are accused of being carrying B2C retail out openly. GST laws also mandate both the businesses involved in the wholesale trade to have GST registration, however, the customers in the cash and carry stores are not all businessmen and therefore it is not possible for them to have the GST number.

German retail company Metro AG has been operating in India since 2003 through its cash and carry stores and currently has 31 stores across the country. Customers take trolleys inside stores, and buy items like a retail store which isn't allowed as per law, Khandelwal said. CAIT represents over 40,000 Indian Trade Associations and stated that they do not fear competition lest the business is not making a “mockery” of any laws.

He cited various media reports which stated that Metro Cash & Carry has a business of Rs 6,500 crores and is going to be sold for Rs 13,000 crores. Reports also mention that the company may transfer Rs 10,000 crores back to its parent company in Germany after the sale; Khandelwal called upon the Commerce Ministry to investigate such unfair practices.

Meanwhile, a Metro AG spokesperson said, Metro has been operating in India since 2003 and has strived to make small independent businesses successful. Through our stores, we've created opportunities for these smaller kiranas and made the playing field level while also fighting for the protection of the interest of these local shops. In the last 19 years of operation, we have had a perfect track record when it comes to upholding all FDI regulations and being in full accordance with Indian law.

Thus, we are dismayed at these unwarranted accusations made against us by parties with a vested interest. With no evidence to back up these claims, it is clear that they are trying to defame our good name - an honorable one built through years of hard work and dedication towards fulfilling the needs of all stakeholders. As a global leader in environmental practices, we uphold uncompromising standards for ethical behavior.

To Attract More FDI, Yeida Extends the Deadline to Apply for Plots