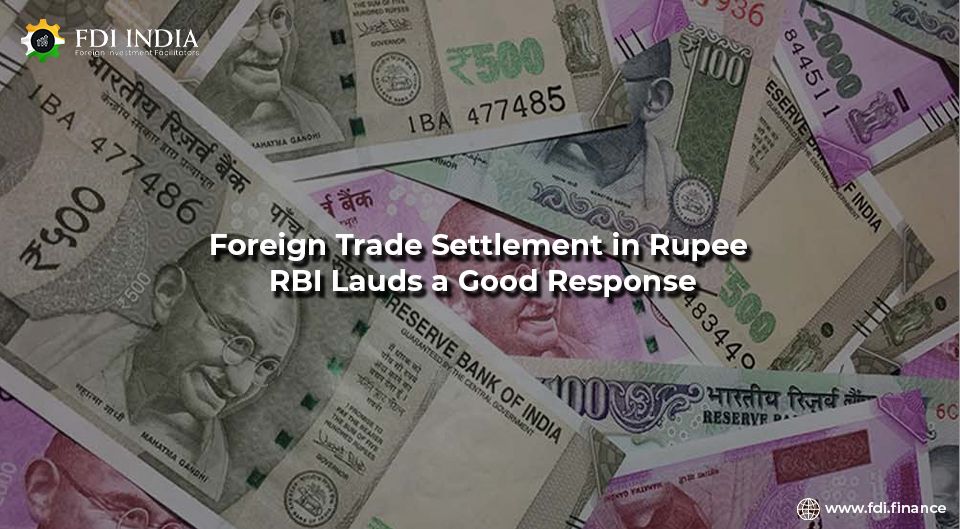 The reserve bank of India reported on Friday that it has received a good response for its new approach of settling bilateral trade in the rupee. This has been an astute measure being used to internationalize the rupee and ease the pressure on the local currency. The currency has been dwindling down against the soaring dollar amid the Russian invasion of Ukraine.

The other way to help the rupee was Spot Market Trading which has already left the forex reserves in a shrinking disposition. It was on July 11 that RBI issued guidelines on settling international trade in the rupee.

While issuing the guidelines, the Reserve Bank said, "The mechanism to settle international trade in the rupee is to promote the growth of global trade with emphasis on exports and to support the increasing interest of the global trading community in the rupee".

As according to a report by Economic times, deputy governor T Rabi Shankar told reporters that the response to the new mechanism has been good. But since the procedure requires a lot of vetting at the level of banks and also the governments, it's taking time. Although he was hesitant to name any countries which have shown interest in the new mechanism, he said, "though I cannot name any country or foreign bank that has shown interest in this, I am happy to inform you that we have received positive responses from at least four-five countries and many foreign banks along with many local banks too".

The move came in the wake of increasing pressure on the rupee following Russia's invasion of Ukraine and sanctions by the US and The EU. The rupee has lost over 7.6% this fiscal year but is still performing emerging market currencies. Among the many domestic banks, UCO bank has been the only one to open up a Vostro account so far to facilitate trade in rupees. Other banks are seemingly seeking more safeguards fearing sanctions from Western Governments.

To help the mechanism, RBI has put forth a statement stating that the exchange rate between the currencies of the two trading partner countries may be Market Determined.

According to statements by the RBI, authorized dealer banks in the country are permitted to open rupee Vostro accounts. In addition, for the settlement of trade transactions with any country, a domestic bank may establish specialized rupee Vostro accounts of the correspondent banks of the partner country.

"Importers undertaking imports through this mechanism shall make payment in the rupee which should be credited into the special vostro account of the correspondent bank of the partner country, against the invoices for the supply of goods or services from the overseas seller /supplier," the RBI said.

"Exporters undertaking exports of goods and services through this mechanism should be paid the export proceeds in INR from the balances in the designated special Vostro account of the co.

Rumours about New Delhi entering into a trade deal with Moscow following a rupee–rouble mechanism were making rounds until Russia was placed under sweeping sanctions following its invasion of Ukraine in February.