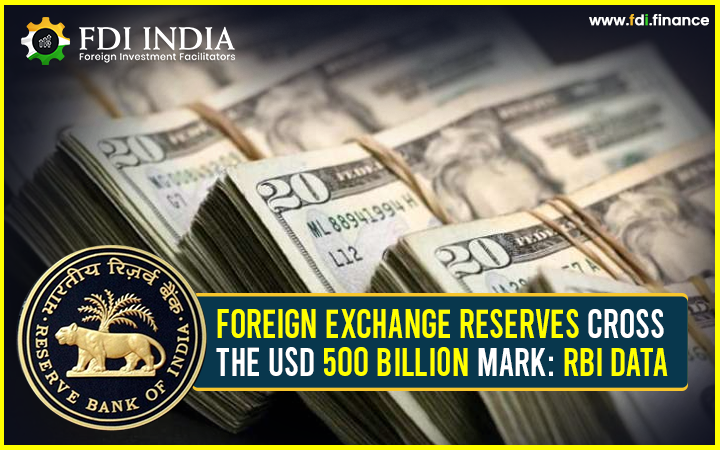 In the first week of June, India’s foreign exchange reserves crossed the half-a-trillion dollar mark for the first time after it increased by a significant USD 8.22 billion.

According to data released by the Reserve Bank of India (RBI), the country's foreign exchange reserves surged to to USD 501.70 billion in the week that ended June 5, helped by a whopping rise in foreign currency assets (FCA). This figure of reserves is equivalent to a year's imports.

Expressed in dollars, the foreign currency assets include the effect of appreciation or depreciation of non-US units like the euro, pound and yen held in the foreign exchange reserves.

Principal Economic Advisor in the Ministry of Finance Sanjeev Sanyal in a tweet said, "India's foreign exchange reserves hit USD 501.7 billion. As I have been saying in recent weeks, demand suppressio...would push the INR to appreciate after an initial capital outflow."

"Now, as we open the economy to remove demand suppression, and push up credit growth, we will both revive imports and foreign capital inflows. The point is that demand identities imply macro-dynamics that is quite different from what naive forecasters suggest," he said in another tweet.

As per Care Ratings Chief Economist Madan Sabnavis, one big reason for this jump in foreign exchange reserves can be attributed to the narrowing of the current account deficit as the trade activity has collapsed due to the deadly COVID-19 global pandemic.