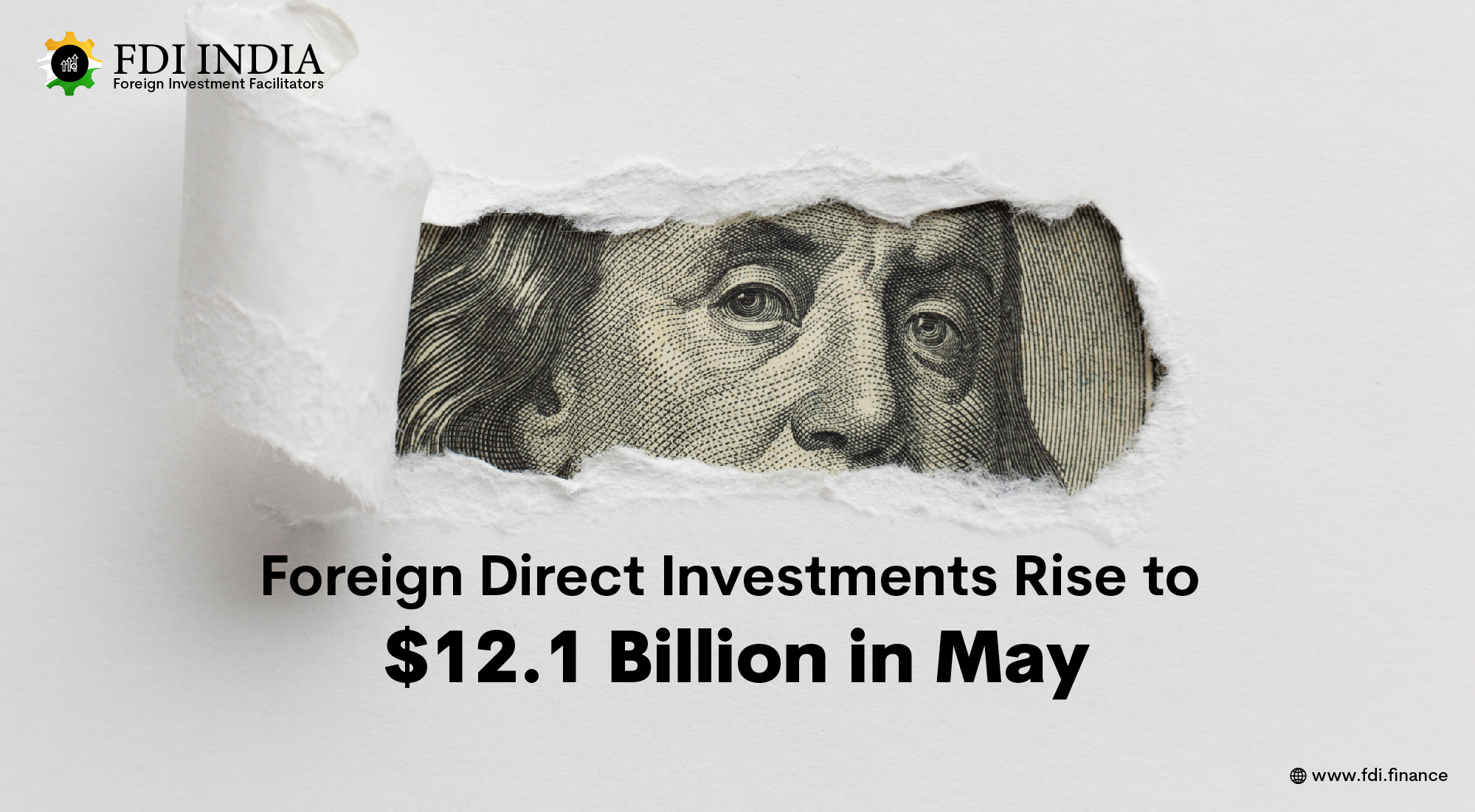 Foreign Direct Investments Rise to $12.1 Billion in May

Foreign Direct Investments Rise to $12.1 Billion in May

Foreign direct investments into India are increasing, reaching USD 12.1 billion in May this year, according to Commerce and Industry Minister Piyush Goyal.

He also said that the administration is working on a mission mode to reach a USD 400 billion export goal in 2021-22.

"In 2020-21, India got the largest amount of FDI it has ever received. It increased by 10% to USD 81.72 billion, with FDI totaling USD 12.1 billion in May 2021, which is 203 percent more than May 2020 "He stated this while speaking to a group of industrial organizations about boosting exports.

According to the minister, India's average applied import tariff (tax) has fallen to 15% in 2020 from 17.6% in 2019, and the country's applicable tariffs are well below the 50.8 percent bound rate (permissible limit under the World Trade Organization).

In terms of employment, he said that over 54,000 companies provide approximately 5.5 lakh jobs, and that 50,000 new businesses would generate over 20 lakh jobs in the next five years.

"It is time for our industry to increase our capacity, capability, and commitment to develop resilient global supply chains," he said, adding that the Centre expects Indian industry to suggest areas for intervention through research, handholding of exporters/manufacturers, and deeper engagement with states and missions.

They also recommended that pharmaceuticals and chemicals be included in the RoDTEP (Remission of Duties and Taxes on Exported Products) program.

According to Sanjay Aggarwal, President of the PHDCCI, these industries are critical to achieving the USD 400 billion export goal, and "it is thus urged to include these sectors in the RoDTEP plan."

"Only Rs 17,000 crore has been set aside by the government for a program that would refund embedded taxes paid on components used in exports in FY22. It is a fraction of the government's original projection of Rs 50,000 crore each year. The RoDTEP scheme's budget, which includes all tariff lines, has to be raised "he said