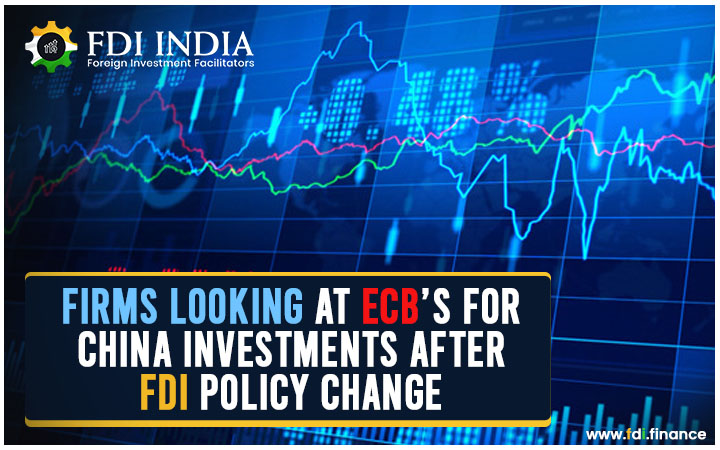 Companies with China connections are now looking at raising money through the external commercial borrowing (ECB) route after the government amended the foreign direct investment policy to make it more restrictive for countries that share a border with India. These restrictions don't apply to debt.

According to sources cited by ET, at least 3 or 4 Chinese multinational companies (MNCs) are in the process of issuing ECB instruments to parent firms based in China with more to follow.

As per the amended foreign direct investment policy, investments coming from countries that share a border with India will now have to get a prior government approval. This step was taken by the GOI to ward off opportunistic take-over of Indian assists buy Chinese companies. Now, in this scenario, if a company is in need of emergency funding from China, the ECB is the best route since the transaction can be closed within a week, legal experts said.

“A couple of companies that approached us were in dire need of cash. We advised them to issue ECBs to their Chinese parent company,” said a Big Four tax consultant. “Subsequently, if the parent company wants, it can convert this debt into equity. However, such a conversion will need government approval since equity is part of FDI norms.”

The ECB route also comes with its own set of restrictions. The foreign investoe looking to invest in an Indian firm should old at least 25 per cent of the Indian company. In other words, this route can only be used by Indian subsidiaries and joint ventures of Chinese companies.

“As long as the company meets the requirements specified under ECB route, funding can be received by the Indian entity from China with an option to later convert the borrowing into equity with requisite government approval and other compliances being in place,” said Tejesh Chitlangi, partner, IC Universal Legal.

According to experts, if the company where funding is required is not an MNC or does not have any China connection, but is looking to get a new investor, it can do so by issuing unlisted corporate bonds. Under this case, the Chinese investor will have to register with the Securities & Exchange Board of India (SEBIi) as a foreign portfolio investor (FPI).