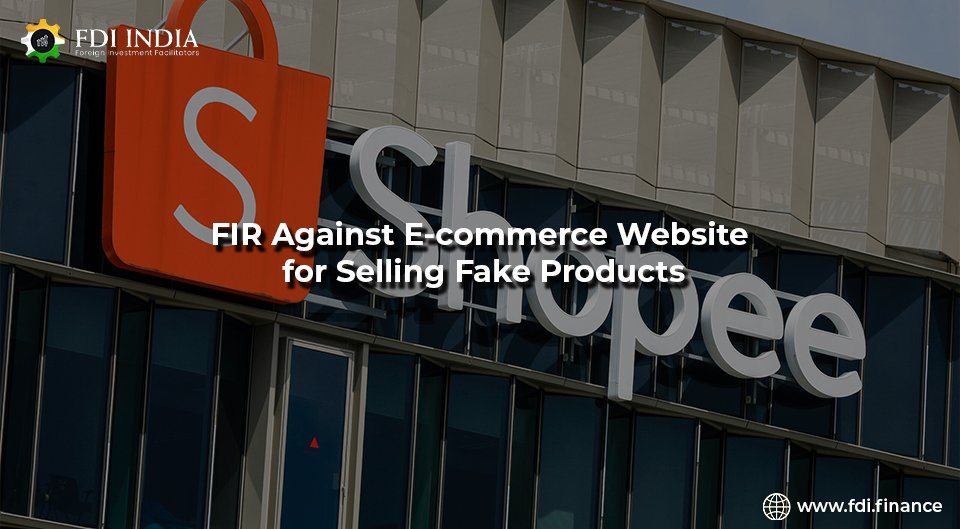 An FIR has been registered against e-commerce player Shopee for allegedly defrauding a customer by selling fake products. The company is already under the scanner due to a controversy over FDI violations in India.

The Confederation of All India Traders (CAIT) had requested Finance Minister Nirmala Sitharaman and Commerce and Industry Minister Piyush Goyal to ban Shopee from operating in India, claiming that the Chinese company was operating against FEMA Rules and FDI Press Note of 2020.

According to the traders’ body’s letter, Shopee is a Singapore-based firm that started operating in India through SPPIN India Pvt. Ltd., an entity held by two holding firms registered in Singapore, namely SPPIN I Pvt. Ltd. and SPPIN II Pvt. Ltd.

“These two entities are, in turn, held by another parent company SPPIN Ltd., registered in the Cayman Islands. This complex structuring of entities is nothing but an attempt to hoodwink the Indian government and infuse Chinese funds into India,” wrote Praveen Khandelwal, CAIT chairman and secretary general, in the letter.

CAIT also alleged that the company was distorting the competition in the market by implementing “predatory pricing tactics”.

The body submitted a petition with the Competition Commission of India (CCI) against Shopee, saying that the company is offering massive discounts on products, damaging healthy competition.

“Such predatory pricing is being done with a calculated view to eliminate the traditional and small scale businesses in the country. Thus, Shopee is conducting its business in violation of provisions of the Competition Act, 2002,” said Khandelwal.

In return, Shopee said that its business is compliant with local laws and regulations in every country it operates in.

“We share CAIT’s commitment to supporting and empowering India’s SMEs and already serve thousands of small businesses around the country who are connecting with consumers and growing their online businesses on our marketplace,” the company added.

Future Group to Hand Over Control of Insurance Business to Generali