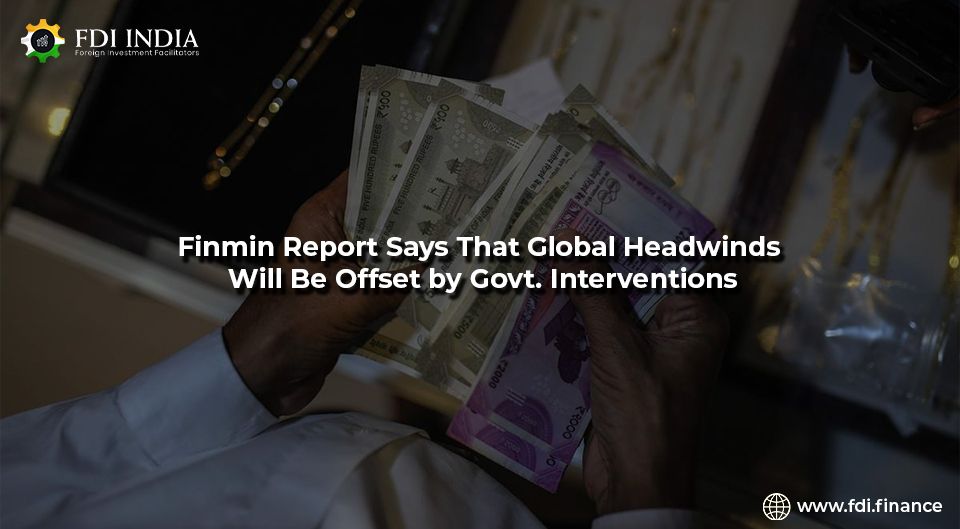 Despite the global headwinds, Prime Minister Modi's recent reforms are expected to lift GDP growth during India's economic recovery in line with improving business sentiment. These include an increase in annual investment outlays backed by increased unrestrictive FDI, lower budget allocations for welfare programs, and a further improvement in farmers' income via relief on-farm yields thanks to government incentives.

The Ministry points out that although India may experience some impact, the magnitude will depend on how long the dislocation in energy and food markets persists during a financial year and how resilient India's economy is to contend with them. Transient shocks are not likely to have a big effect on significant growth and inflation, they say, even without ruling out heavier local impacts in specific areas.

"Offsetting these potential headwinds, GatiShakti and Production Linked Incentive Schemes will drive investment, which will combine with supply chains strengthened by structural reforms taken in the past few years to deliver high post-recovery growth for the Indian economy," it said.

With positive developments in the labor force participation rate and declining unemployment levels, the government's unwavering dedication to supporting economically impoverished people (the PM Gharib Kalyan Yojana was extended by another six months until the end of September 2022), is likely to foster a more inclusive economy, the Ministry notes.

GST collections had breached the 1.4 lakh crore mark in March, heralding the onset of post-recovery growth, it said, adding that elevated PMI Service marks the growth in contact-based services as a result of the increasing rate of cases being covered for India's COVID-19 vaccination program.

India has remained a major FDI investment destination, S&P Global Ratings said in its latest report. Inflows of foreign capital have increased to $69.7 billion into the economy during April-January FY22, marking a substantial rise from $58.5 billion during the same period last year.

Increasing foreign direct investment (FDI) and other capital inflows have enabled India to maintain comfortable macroeconomic imbalances like high import cover, the Ministry of Finance has said. It further added that a widespread economic recovery in India has also spurred job employment opportunities, as reflected in the net enrollment ratio (NER), which is at 15.3 lakh in January 2022—an increase of 37.4% from the previous year.