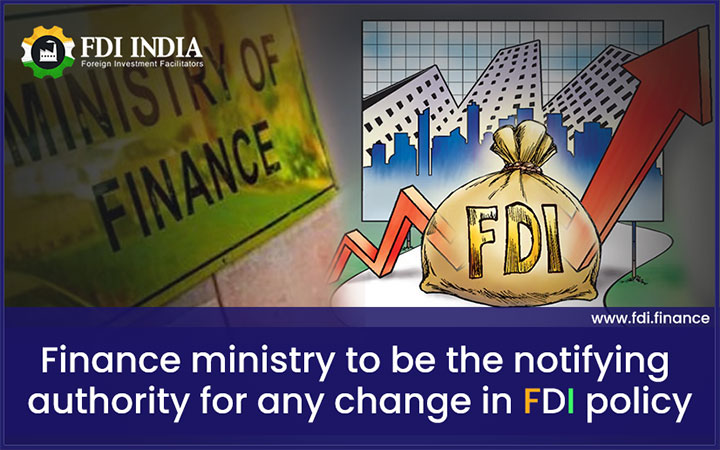 The government of India has set a new framework where the finance ministry will be the notifying authority for any changes in the foreign direct investment norms and policies instead of the Reserve Bank of India. This new framework is for investments through non-debt instruments.

The finance ministry has finally notified Foreign Exchange Management (Non-debt Instruments) Rules, 2019 that deals with all procedures of non-debt investments, including equity, mutual funds that are mainly equity oriented, depository receipts issued based on equity instruments, and immovable property. This comes four years after the Foreign Exchange Management Act, 1999 (Fema) was amended to shift control on equity inflows from the central bank to the North Block.

“RBI and the finance ministry had reached an agreement after which the rules have been issued,” said a person privy to the development.

Notified on October 17, the latest rules under the foreign exchange management act lists all sectors open for foreign direct investment, the countries allowed, and other various entities and instruments covered.

People familiar with the new framework said that the finance ministry will be consulting the RBI on changes to the rules in the future.

Akash Gupt, partner at PwC said, “Government will have the responsibility of drafting rules for non-debt investments and RBI shall be responsible for granting approvals in consultation with government,” “Further, coherence in approach and policy interpretation would be required between RBI and government, since one will be responsible for policy making and the other for monitoring and adjudication”, he added.

After differences between the central bank and finance ministry widened, this amendment was introduced in 2015-16 which put the government in charge of all capital flows. The difference that arose between the two was over the pricing regime in the backdrop of the Tata- DoCoMo case.

Here, DoCoMo was looking to exit its joint venture with Tata Group at the prearranged price stated in the contract, which was not permitted by the policy.

Apart from this, there were delays in notifications of changes in the FDI norms by the Reserve Bank of India.