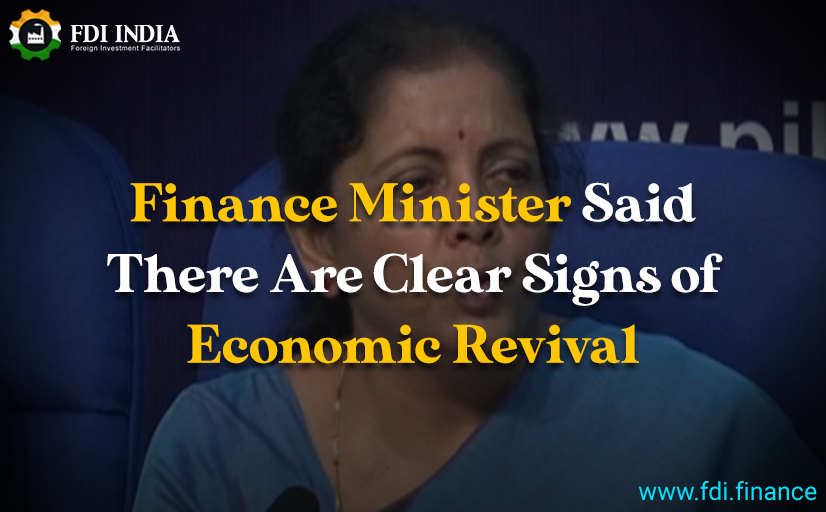 Finance Minister Said There Are Clear Signs Of Economic Revival

Finance Minister Said There Are Clear Signs Of Economic Revival

Foreign direct investment is going through several changes that were initially proposed by Finance Minister Nirmala Sitharaman in her maiden budget for this year. These changes were proposed in order to increase overseas investment into the country and thus, saving the plunging economy of India.

Sitharaman recently said there are clear signs of revival of majority of the pointers of the economy with uptick in industrial production and fixed investment. This is a positive news after economic growth dipped to a six-year low of 5 per cent in Quarter 1.

"There is robust FDI inflows and record forex reserves. Fiscal deficit is improving and current account deficit is contained. There is revival of fixed investments already. The IIP (Index of Industrial Production) is on an uptick and so is production of core industries. Retail inflation has been contained at under 4 per cent", the Finance Minister said.

As per official data released, core sectors of the economy saw growth to 2.1 per cent in July 2019 due to a recovery in the cement sector. Apart from this, IIP grew 4.3 per cent in July, and most recently, retail inflation quickened to 3.21 per cent in August from the previous 3.15 per cent.

However, RBI data showed that July's growth rate is far lower than the 7.3 per cent growth registered in the same month last year. The country's foreign exchange reserves increased by USD 1.004 billion to USD 429.608 billion in the week to September 6, helped by a rise in foreign currency assets.

Sitharaman said that steps were being taken in order to improve credit outflow. Also, transmission of interest rate cuts is being effected by banks, she said, adding she will meet heads of public sector lenders on September 19 to review the transmission, reported economic times.

Foreign direct investment saw a decrease of 1 per cent for the first time in 6 years in 2018-19. Several changes in FDI norms are being suggested and worked on in order to attract more foreign investment in the country. FDI is a significant driver of economic growth and helps bring better infrastructure, technical expertise, new technology, and more jobs.